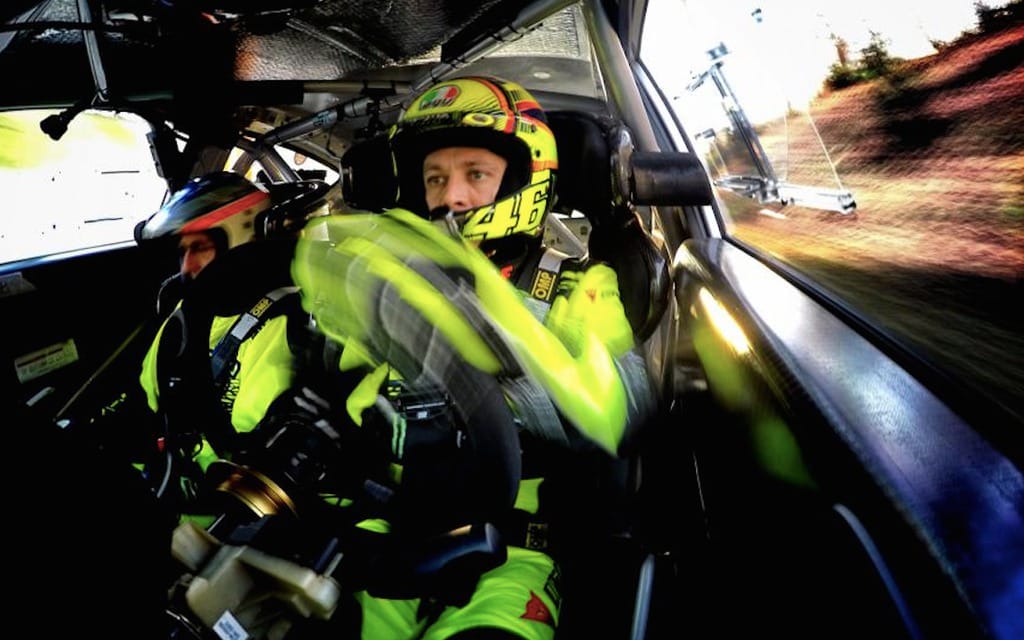 Valentino Rossi, a nine-time world champion on two wheels, says he may one day switch to cars.

The Italian, who turns 37 in February, is no stranger to four-wheeled competition. He’s a four-time winner of the Monza Rally – his latest win coming just last week – and he famously tested with the Ferrari F1 team in 2006. But don’t fret; he’s not calling it quits from MotoGP just yet.

“I have a great passion for cars because when I remember growing up, my father Graziano, when he stopped with the bikes he raced in rally,” Rossi says. “It gives me a lot of passion like it did to him. I would like to race a lot with the cars when I finish with MotoGP but anyway, I will try to stay for some more years in MotoGP. When I stop, for sure I can do something with the car. I don’t know if it is rally or something else.”