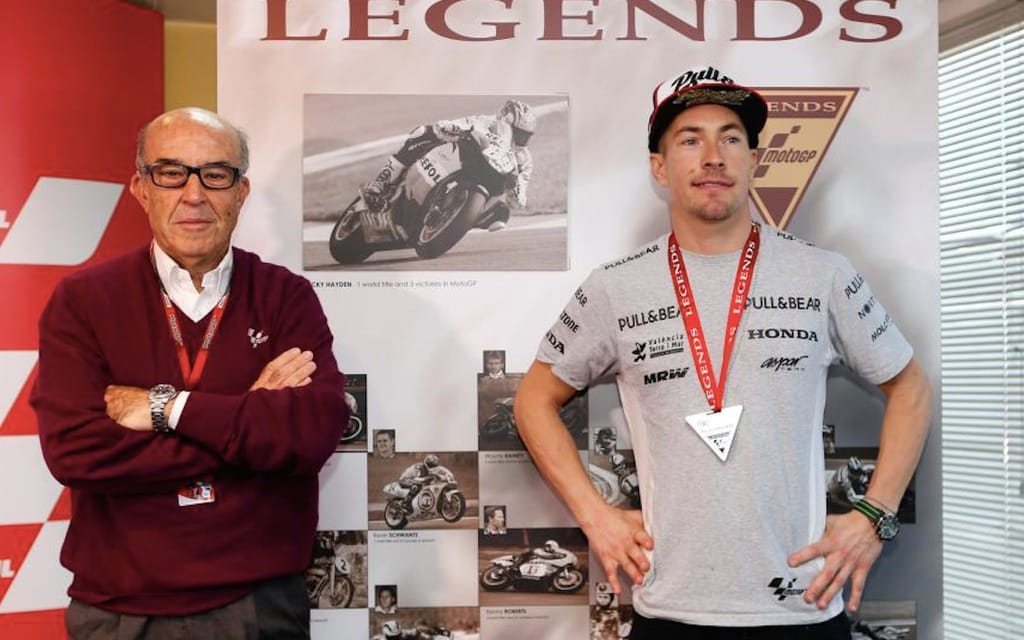 Nicky Hayden was named a MotoGP Legend ahead of his final grand prix race, the 2015 season finale in Valencia, Spain.

Dorna CEO Carmelo Ezpeleta bestowed the honour on the former MotoGP champion. “It is a great pleasure to give Nicky this award,” Ezpeleta said, addressing Hayden directly, “not just because you’ve been champion and you’re one of the riders with the most starts in the premier class, but also for your behaviour over all those years, your sportsmanship and your friendship.”

“It is really a great honour to receive this,” Hayden said. “For 13 years it was eat, breathe and sleep MotoGP. It’s been an amazing ride. Of course these last two years have been tough, but I’ve enjoyed every minute of it, worked with some great teams and rode some great bikes.”