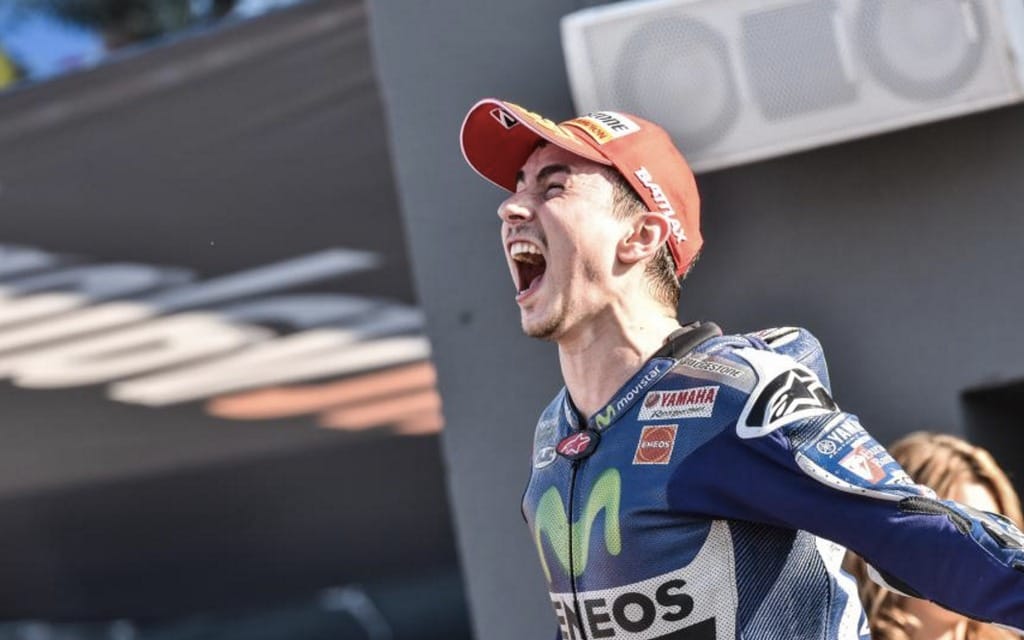 Movistar Yamaha’s Jorge Lorenzo locked up the 2015 MotoGP championship with a win on Sunday, the Spaniard leading from start-to-finish in a flawless performance at Spain’s Valencia circuit.

Lorenzo, who started from pole but was seven points down on teammate Valentino Rossi in the overall standings going into the race, did what he needed to secure the championship: get away early and never look back. Rossi, on the other hand, had to start from the back of the grid, the result of penalty points accrued during his run-in with Marc Marquez (Repsol Honda) in Sepang. Rossi had perhaps the ride of his life to work his way into fourth, but was unable to bridge the gap to the leading trio of Lorenzo, Marquez and Dani Pedrosa (Repsol Honda). Rossi’s championship hopes hinged on the pair of Hondas getting past Lorenzo, but despite a fabulous late charge by Pedrosa, it was not to be. Lorenzo crossed the line 0.263 seconds ahead of Marquez, Pedrosa finishing 0.654 seconds behind. For full results from Valencia, click here.

Lorenzo take the overall title, his third MotoGP championship, with 330 points, just five points ahead of runner-up Rossi. Marquez finished the 2015 season in third with 242 points.

The first race of 2016 is March 20 at the Losail International Circuit in Qatar.