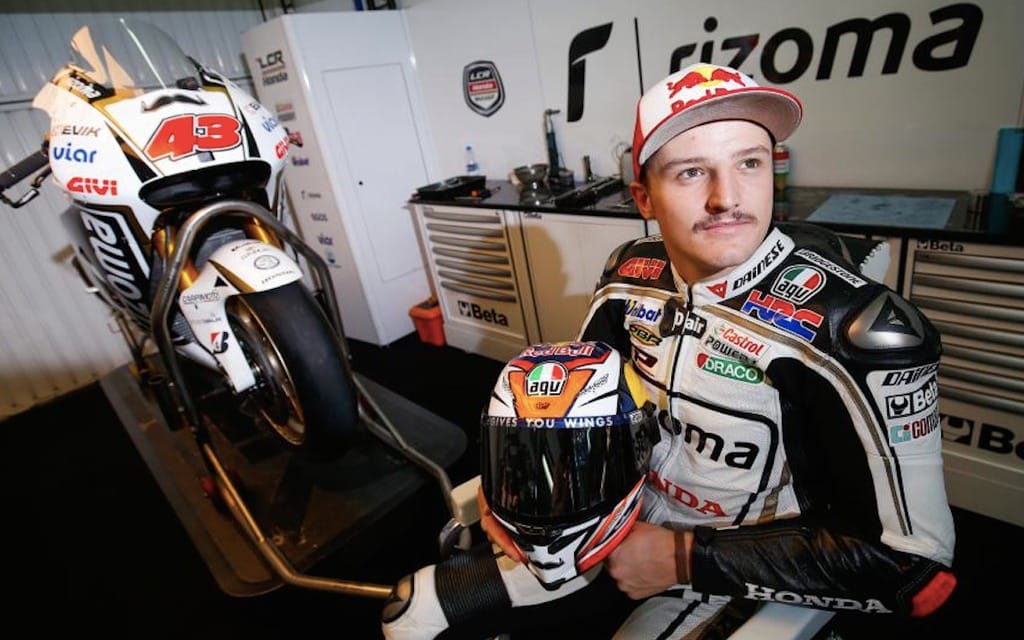 Amid all the negativity surrounding this weekend’s final round of MotoGP (repercussions of the “Sepang Clash” between Valentino Rossi and Marc Marquez, and the animosity between Rossi and championship rival Jorge Lorenzo), there’s still some positivity in the paddock – for example, Australian Jack Miller, who’s sporting a spiffy moustache in support of Movember.

“The Movember Foundation is a global charity committed to men living happier, healthier, longer lives,” the Movember website states. “Since 2003, millions have joined the men’s health movement, raising $677 million and funding over 1,000 programs focusing on prostate cancer, testicular cancer, poor mental health and physical inactivity.” Participants do more than simply donate funds to the cause; they donate their faces, growing moustaches to raise funds and awareness.

Movember has its roots in Australia and is hugely popular there, so Miller’s growth of a mouth muffler in support of the charity comes as no surprise – and not only is the man himself sporting a ’stache, so are his helmet and Honda.

For more information on the charity, to get involved, or to donate, visit Movember Canada’s website.