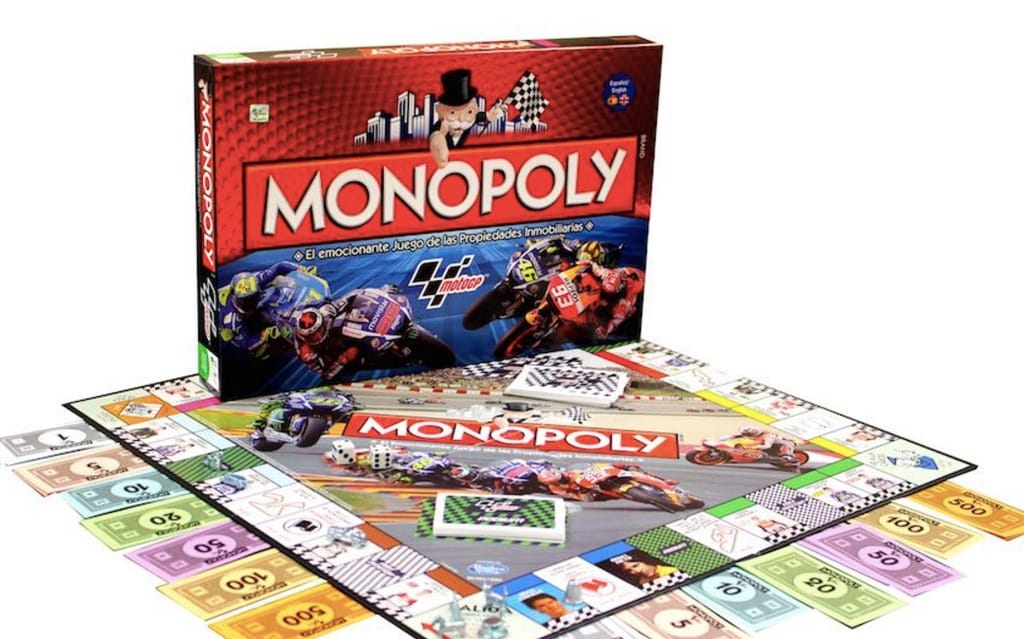 Do you love MotoGP and Monopoly? Finally, your disparate passions have been combined.

Eleven Force, a Spanish toy and games distributor, has launched a MotoGP Monopoly edition. The game replaces traditional Monopoly game squares with MotoGP-themed ones. Instead of Park Place, there’s Pedrosa Place. Instead of Reading Railroad, there’s Redding Railroad. All the big names of MotoGP are present – Rossi, Lorenzo, Marquez, and more – as well as famous circuits and other MotoGP kitsch.

MotoGP Monopoly is available in the MotoGP online store for around 45 euros – just remember, should you lose your cool and flick an opponents piece from your square, you’ll start the next game from the back of the board.