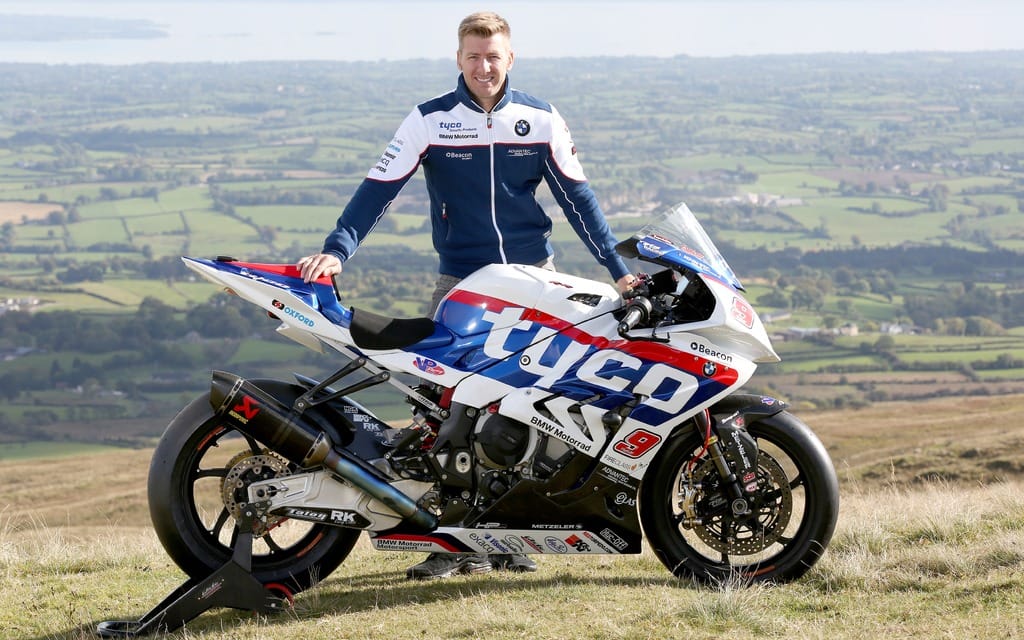 Eleven-time Isle of Man TT winner Ian Hutchinson is joining Tyco BMW for the 2016 International Road Racing season. Hutchy, who capped a stellar comeback with three TT wins in 2015, will be riding the BMW S1000RR in both Superstock and Superbike trim.

“We’ve been in negotiations for a couple of months,” Hutchinson said, “but I’ve always been serious about coming to the Tyco BMW team for next year. I’m really looking forward to getting going now with them in 2016.

“After pretty much four years away from the sport I now need a bit of consistency. BMW is a huge brand and along with Philip Neil at TAS, they have shown how much they want to be involved with me for next season. That enthusiasm sold it to me and with direct support from BMW Motorrad it was hard to turn them down.”