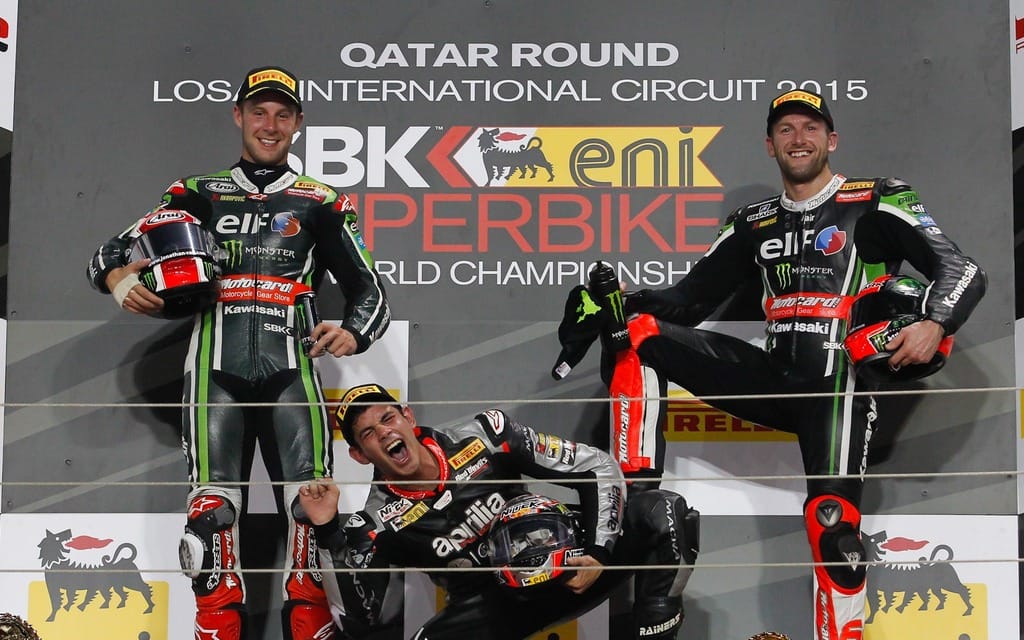 Race One saw Kawasaki teammates Jonathan Rea and Tom Sykes eke out an early lead, though the hard charging Torres worked his way from sixth on the grid to the lead by the latter stages. Sykes fell off the pace, though 2015 WSBK champ Rea fought for the win right to the last corner. Torres hung on for his first ever WSBK victory, 0.726 seconds ahead of Rea. Sykes settled for third, 6.579 seconds behind.

Race Two saw both Torres and Rea failing to finish, Torres crashing out, Rea retiring with a technical problem (the DNF – his first of the season – cost Rea his chance for the highest single-season WSBK points record). But Chaz Davies (Ducati), Haslam and Sykes picked up the slack and provided a thrilling final race of the season. All three were in contention for the win down the stretch, Haslam repeatedly drafting ahead of Davies across the line only to be re-passed going into turn one. Haslam put in an inspired final lap to take the win, his second of the season, by a scant 0.110 seconds ahead of Davies. Sykes again finished third, 0.388 seconds back. For full results from Losail, click here.

While Rea locked up the 2015 WSBK championship ages ago, the remainder of the final pecking order was far from a forgone conclusion. Davies secured second overall with his strong form in the final round, finishing 17 points ahead of Sykes in third.