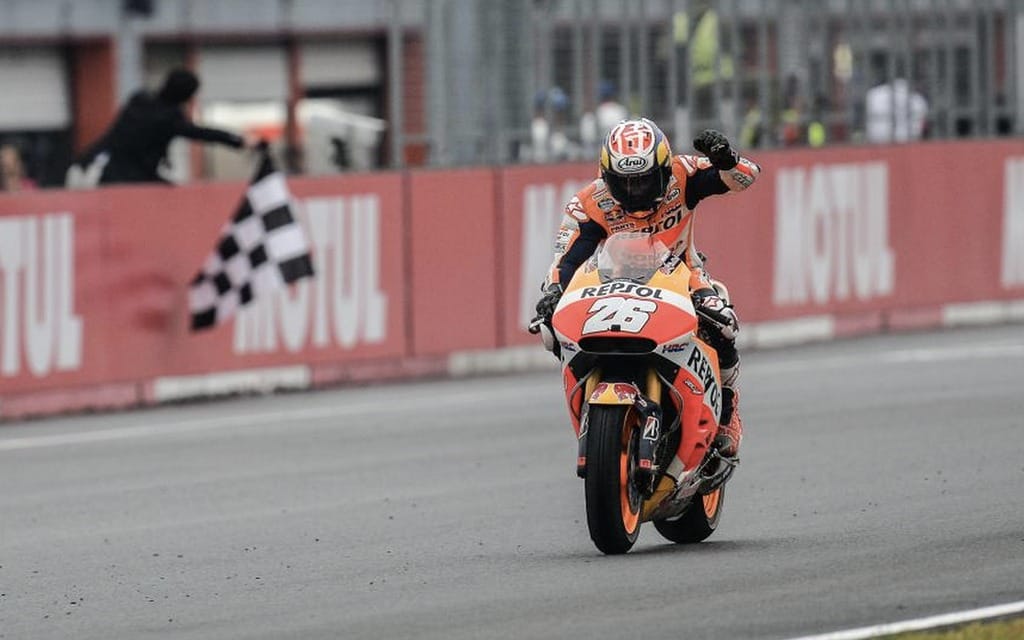 Repsol Honda’s Dani Pedrosa took his first victory of 2015, the 50th of his career, at the Japanese GP on Sunday.

Title hopeful Jorge Lorenzo (Movistar Yamaha) pulled an early lead in wet conditions and looked to be on the verge of a repeat performance of his runaway win at Aragon two weeks ago. However, a drying track and tire wear hampered his pace, allowing Pedrosa and Valentino Rossi (Movistar Yamaha) to reel him in and eventually get past. Pedrosa would go on to win by 8.573 seconds over Rossi. Lorenzo settled for third, 12.127 seconds back. For full results from Twin Ring Motegi, click here.

Rossi continues to lead the overall standings with 283 points. Lorenzo is second overall with 265. Marc Marquez (Repsol Honda), who finished fourth in Japan, is in third with 197.

The next round of MotoGP goes October 18 at Australia’s Phillip Island circuit.