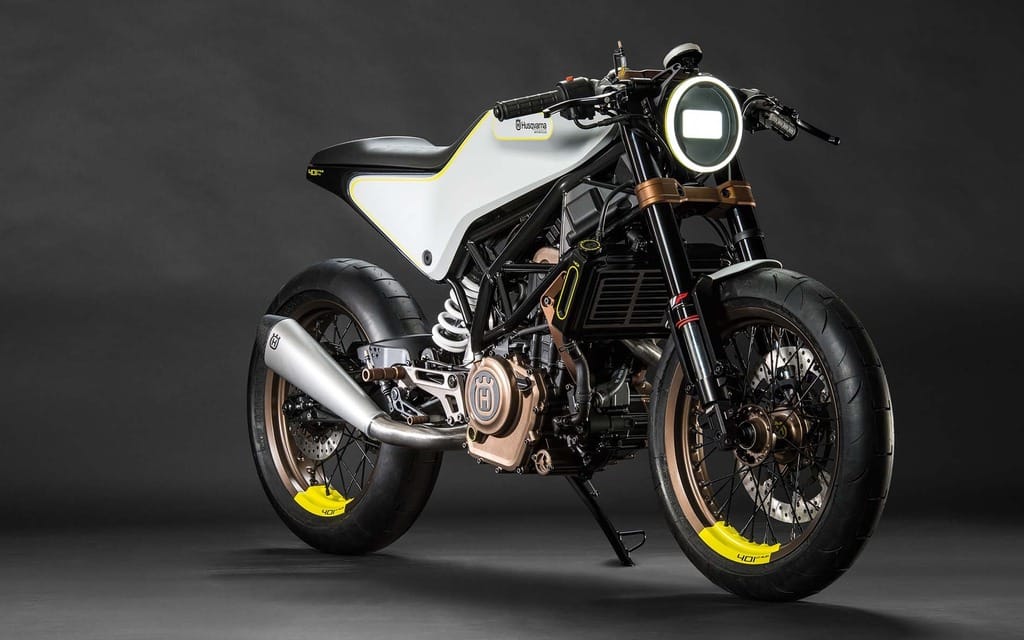 The Vitpilen’s designers “drew their inspiration from Husqvarna’s golden age and the iconic 1953 Silverpilen,” Husky says. According to a press release, this bike “offers just a glimpse of Husqvarna’s future in the street bike sector.”

Sounds good – we’d love to see some pure street offerings from Husky. But for now, the Vitpilen remains a concept with no confirmed plans for production. Winning some awards can’t hurt, though.