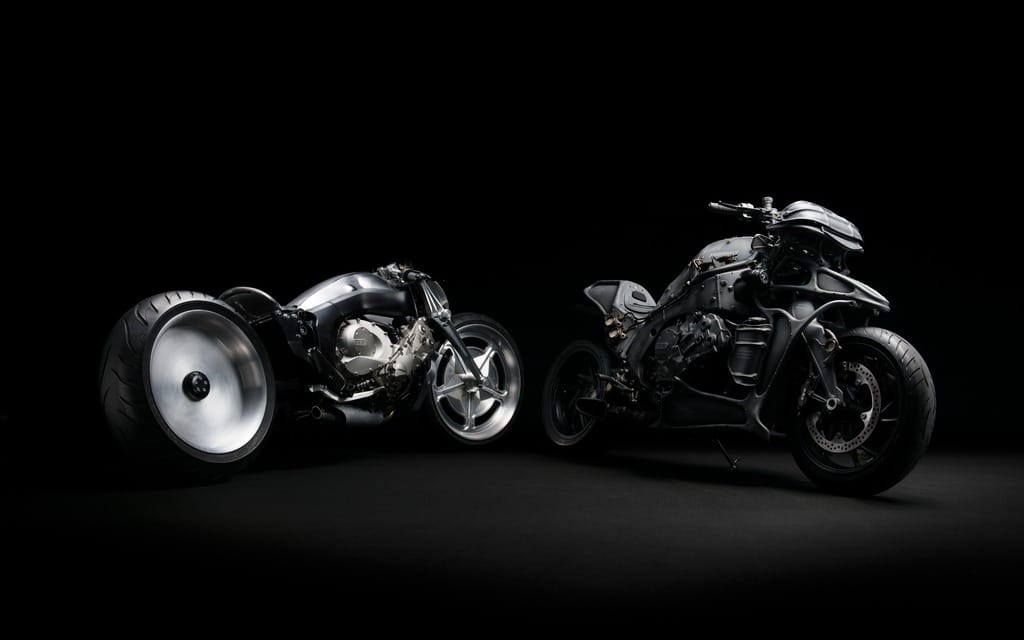 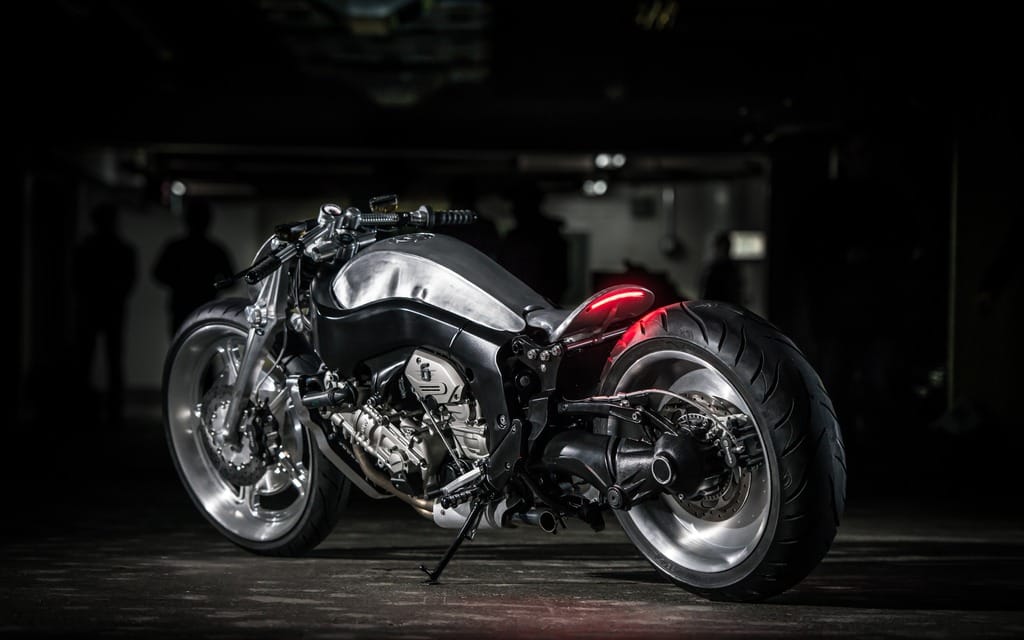 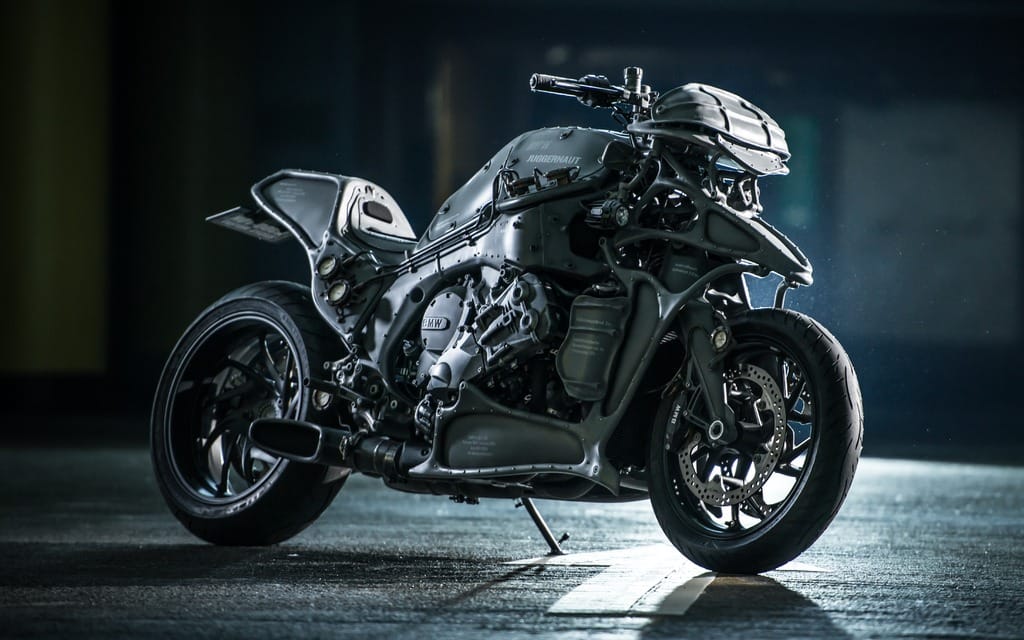 BMW traditionalists, set your cups of Earl Grey safely in their saucers and take a seat. Beneath that bike’s ghastly bodywork, and between that other bike’s cartoonish wheels, are the 1,649 cc inline six-cylinder engines from two BMW K1600GTLs. Once you’re sufficiently recovered from that shocking revelation, continue.

The offending parties are Japanese custom builders Kenji Nagai of Ken’s Factory and Keiji Kawakita of Hot-Dock Custom-Cycles. Nagai built the chopper, called Ken’s Factory Special, and Kawakita begat the … other bike, dubbed Juggernaut. Only the engines and frames — and, in the case of the Juggernaut, BMW’s Duolever front end — were retained from the donors. What were they trying to achieve with these outlandish customs?

“At first I had a bagger style in mind,” Nagai says. “But that was a bit too obvious. I settled on the digger style — it would make the engine look more prominent.” Nagai ditched the Duolever for a hand-made aluminum girder fork, achieving the radical rake with a modified headstock. The GTL’s cushy seat is replaced by a lowered aluminum seat pan — because, riding a motorcycle isn’t the point, is it? Stock 17-inch rims are swapped for a 23-inch front and 20-inch rear, and he gave the bike’s “outer packaging an extremely simple finish.”

And then there’s the Juggernaut, which a BMW press release describes as “a synthesis of Mad Max metal and Jules Verne’s imagination.” Kawakita’s explanation of the bike’s inspiration is even more confusing. “I found an old photograph of the cockpit of a convertible that looked like something from the near future, and I got the idea of making a bike that had that kind of atmospheric feel,” he says. The stock seat is replaced by what looks like a maxi pad, stylized bodywork attaches to aluminum pipe framework affixed to the stock frame, and all additional gauges are dummies. “I dived straight in without doing a single image sketch. Some things turn out better than you imagined.”

OEM-supported custom projects are all the rage, and this won’t be the last time we see BMWs butchered in the name of free expression. The Factory Special and Juggernaut are part of BMW’s “Ignite Straight Six” custom project, and the adage “no press is bad press” has some bearing — after all, we’re writing about them.

We don’t object to these machines — or any others — being customized, but rather this pair is representative of a popular trend in the custom scene: un-rideable motorcycles. A motorcycle is a dynamic machine, made for motion. When customization impedes a rider’s ability to ride, the bike becomes something else, something less like a motorcycle and more like a paperweight. But, perhaps BMW is on to something. Compared to this pair the stock bike comes out looking like a beauty queen.