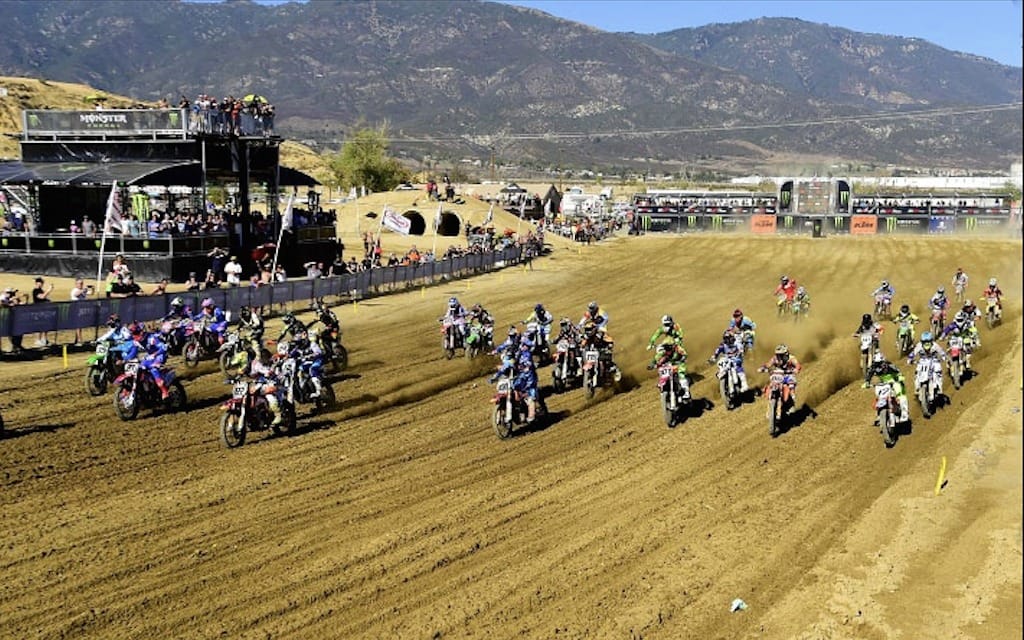 Frenchman Romain Febvre (Yamaha) capped a sterling season, one in which he’d already locked up the MXGP title two rounds ago, with an overall win of MXGP USA at California’s Glen Helen Raceway. The rookie sensation took the win in the opening moto and was runner-up in race two.

AMA riders Cooper Webb (Yamaha) and Josh Grant (Kawasaki) completed the podium in race one, finishing second and third, respectively. Grant was the winner of race two, while Webb climbed the lowest step on the rostrum.

Next on the agenda for Febvre is the FIM Motocross of Nations event set for this weekend at the Circuit Raymond DEMY in Ernee, France. Team France is looking to defend its title with Febvre competing in the Open class, Gautier Paulin in MXGP, and Marvin Musquin in MX2.