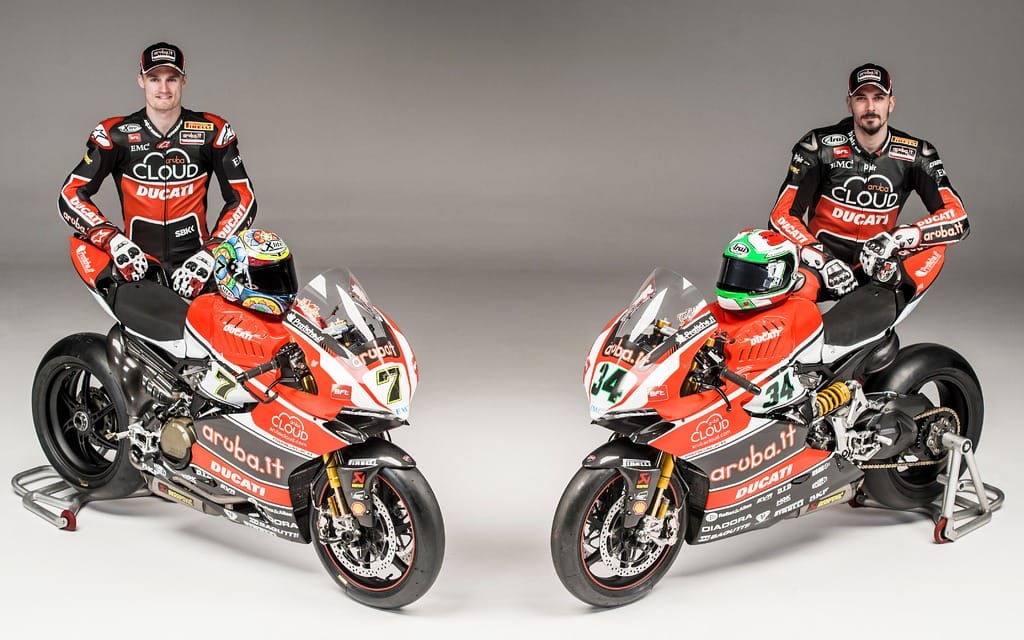 A recent announcement confirms that the Aruba.it Ducati World Superbike team will retain the services of Chaz Davies and Davide Giugliano for the 2016 season, the third season the rider lineup has remained the same.

While Davies has had a superb 2015 campaign (the Brit is currently second in the overall standings), times have been tougher for Giugliano. The Italian has missed five rounds this season due to injury and will be sitting out the remainder of the season to allow fractured vertebrae to fully heal.

Ducati test rider Michele Pirro will replace Giugliano for this weekend’s WSBK round at Jerez, Italy.