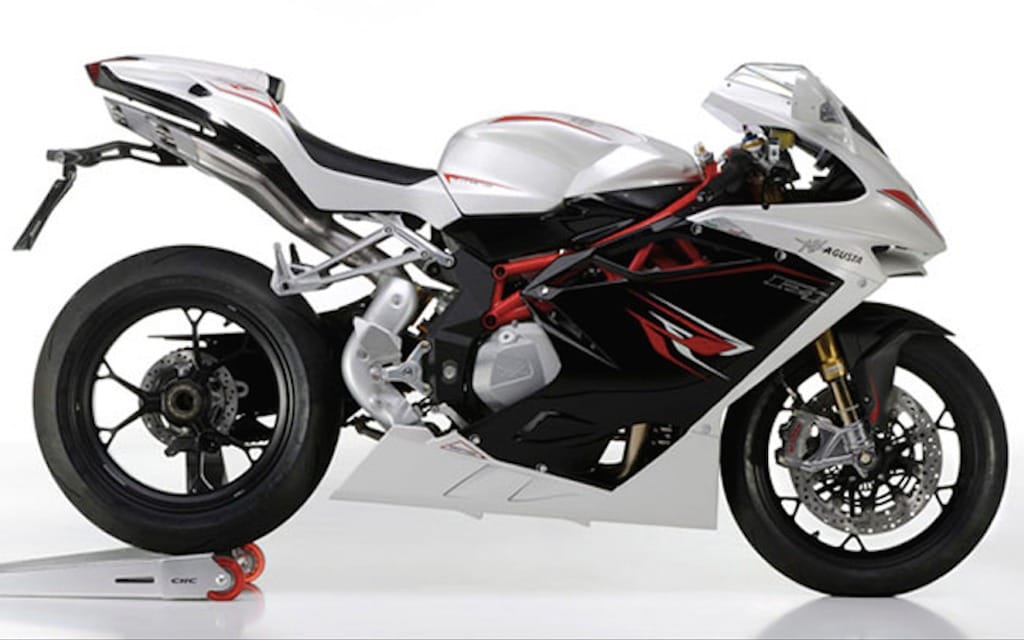 Four to the fore

MV on the eve of a “completely new platform”

They came in rapid succession, a slew of three-cylinder bikes – five in 2014 alone – that were so similar they defied distinction. (Was that a Brutale 675, or 800? Perhaps an 800 RR?) We’re fans of MV’s triples, though the endless array of variations on a theme was wearing thin. But, according to MV kingpin Giovanni Castiglioni, the end is in sight. “The Turismo Veloce is the last model in the three-cylinder platform,” he says. It’s official: MV’s triple is officially tapped out. We breathe a sigh of relief and ask, what’s next?

“In 2010 the company was moving about 2,000 units,” Castiglioni says. “We’re targeting 10,000 for this year.” MV plans on a 24 percent sales increase in the next two years and to double sales in the next five, he says. “This is done through an increased distribution network and new products.” He points out MV’s growing list of branch offices around the world (a new branch in São Paolo, Brazil, for example). But what about new products? With no more triples in the pipeline, could we finally see MV blow the dust off its four-cylinder bikes? “Now we will go on with the new four-cylinder platform,” Castiglioni says, “which will not only be the F4 and Brutale, but will be an extended platform — similar to the three-cylinder — going into different market segments.”

Sounds like all-new bikes are in the works — but let’s be clear; you’re not talking about refreshing existing four-cylinder models (something MV has the dubious distinction of mastering), right Giovanni? “No, it’s a completely new platform. Our current sales split is about 80 percent three-cylinder, 20 percent four-cylinder. The target is to arrive at a four-cylinder percentage that is 30-plus.”

A new — and we mean new, not updated — F4 is a safe first bet (MV’s aging superbike is in sore need of a complete overhaul). We imagine the Brutale would be next, and likely some blown-out versions of each topping 1,000 cc (at 1,078 cc, the current four-cylinder Brutale already does). There will be RRs and Corsas, of course — but somewhere down the line there could be a range-topping four-cylinder tourer, if the three-cylinder platform provides an accurate rollout prediction. “If anything, it would be a maxi-tourer,” Castiglioni says, “and it would be the last introduction of the four-cylinder platform.” We can expect it in 2018, then? “No, I wish. We’re good, but not that good.”

It takes an incredible amount of capital to develop a new engine, even more to build a new portfolio of motorcycles around that engine. (When asked how much was invested in the Turismo Veloce project Castiglioni said, “We don’t say that number, but a lot of millions.”) Harley-Davidson purchased MV in 2008 and the MoCo’s investment funded the development of MV’s triple, an engine the firm has flogged to within an inch of its life (11 of MV’s current offerings make use of the mill in some form). We can assume the company’s current partnership with Mercedes-AMG, in which the German automaker holds a 25 percent interest, has brought with it an infusion of cash. Perhaps that partnership provided enough of a bump to give sketches solid form. Regardless, we won’t be waiting long to see what form MV’s first new four-cylinder offering takes.