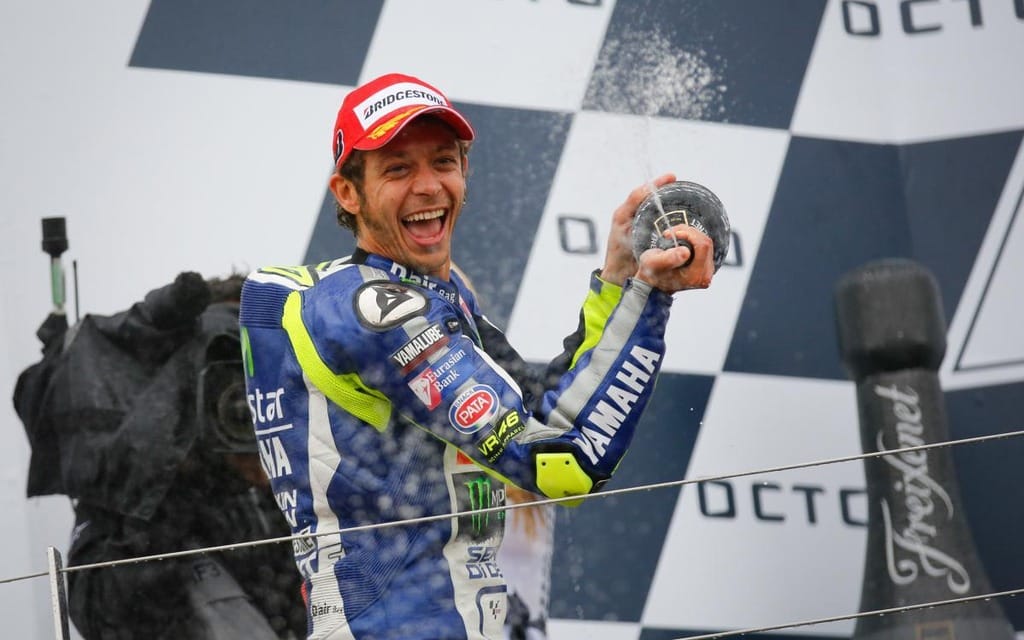 The nine-time MotoGP champion started from the second row of the grid and worked his way into the lead in the race’s early stages. Only Marc Marquez (Repsol Honda) could match Rossi’s pace, the pair opening up a sizable gap from the field. Marquez, however, crashed out of the race, leaving Rossi with a relatively lonely ride for the win. Danilo Petrucci (Pramac Ducati) had arguably the ride of his life to finish second (his previous best result was eighth), 3.010 seconds back, while Andrea Divizioso (Ducati) was third, 4.117 seconds adrift. For full results from Silverstone, click here.

Rossi now leads the overall standings with 236 points ahead of his teammate Jorge Lorenzo with 224. Marquez is third overall with 159 points.

The next round of MotoGP goes September 13 at Italy’s Misano circuit.