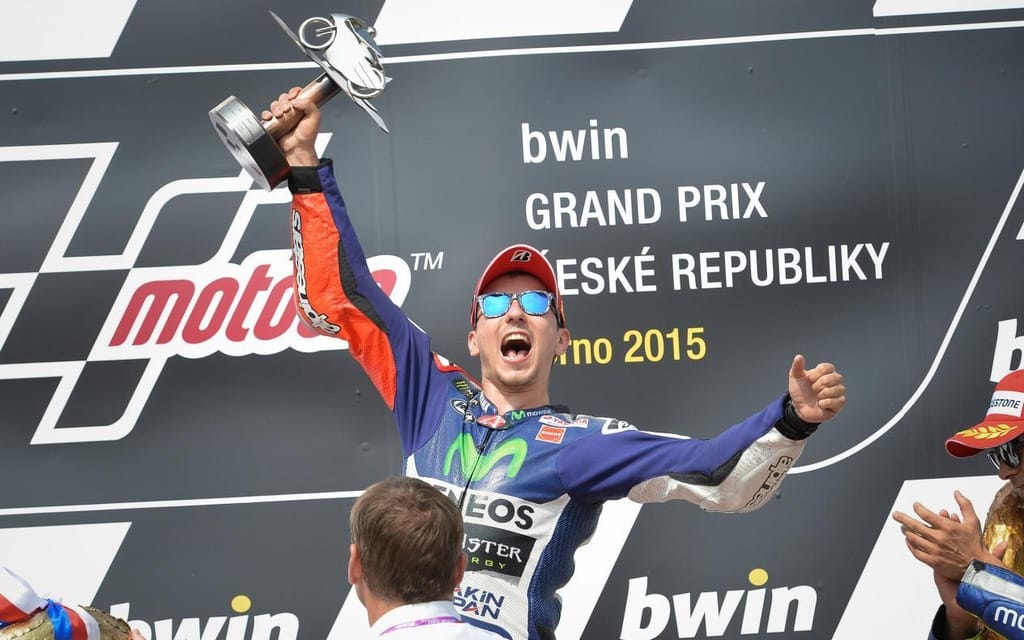 Lorenzo with runaway win at Brno

Movistar Yamaha’s Jorge Lorenzo was dominant during MotoGP’s stop in the Czech Republic on Sunday. The Spaniard started from pole and led from start to finish in the 22-lap affair at the Brno circuit.

Marc Marquez (Repsol Honda) hung tight in the opening stages, but was unable to match the automaton-like pace of Lorenzo. Marquez settled for second, 4.462 seconds back. Valentino Rossi (Movistar Yamaha) rounded out the rostrum, finishing 10.397 seconds off the pace. For full results from Brno, click here.

Lorenzo’s strong form of late sees him claim top spot in the overall standings. Rossi, though tied with his teammate in points (211), is second because Lorenzo has more wins. Marquez is third overall with 159 points.

The next round of MotoGP goes August 30 at Britain’s Silverstone circuit.