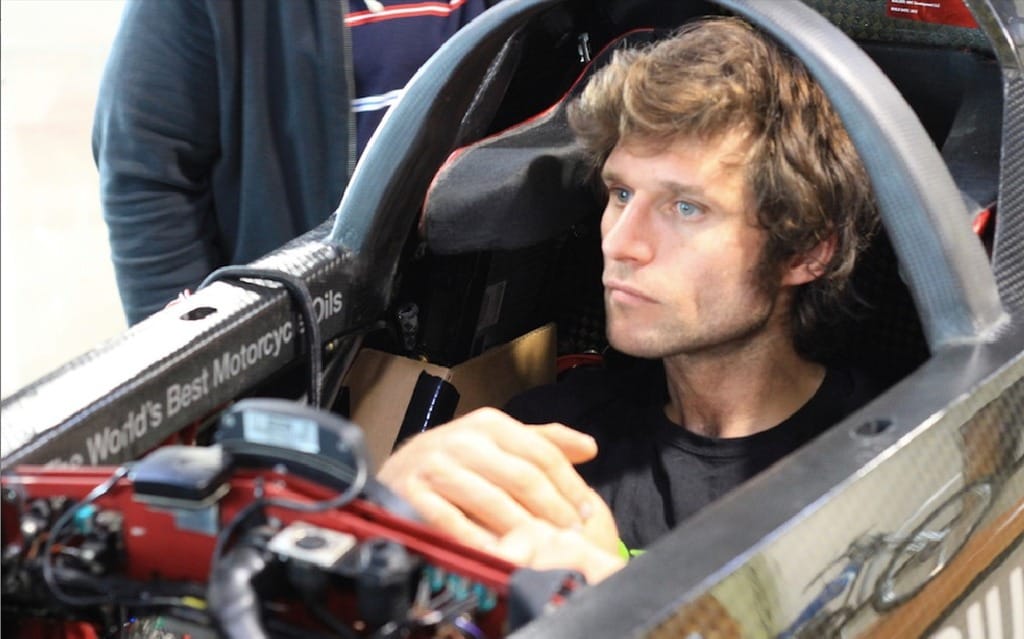 Guy Martin’s bid to set a new land speed record has been put on hold.

The Brit suffered a nasty crash in the Ulster Grand Prix last week resulting in broken vertebrae in his back and sternum. Consequently, he will be unable to pilot the Triumph Rocket III streamliner anytime soon. The attempt is being postponed until 2016, though no exact date has been set as yet.

“We’re obviously concerned with the news that Guy has sustained injuries as a result of his crash in last week’s Dundrod 150 race,” a Triumph spokesperson said. “While in true form, Guy has signed himself out of hospital this week, we all feel that given his injuries it won’t be possible to complete the required testing prior to attempting to take the record this year.”