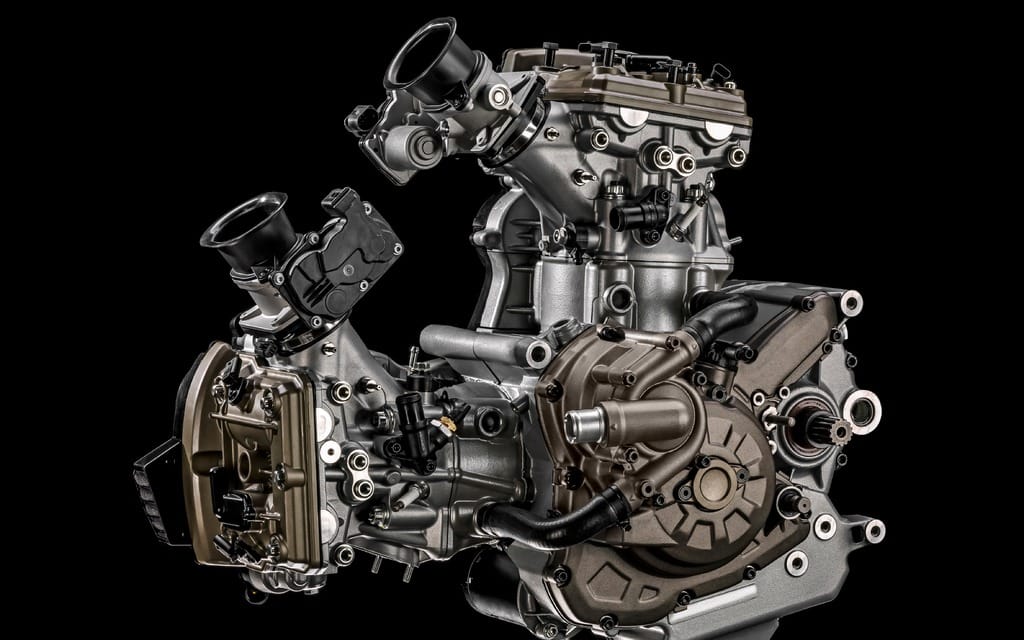 Ducati DVT: the variability of valves

The biggest news for Ducati’s newest Multistrada is the incorporation of Desmodromic Variable Timing (DVT) into its engine. We’re drowning in an expanding sea of acronyms, desperately clinging to lifebuoys (oh no, those are Os!); forgive us for allowing Ducati to detail DVT. This, from the Multistrada press kit:

“When designing an engine one of the key performance parameters is intake and exhaust valve overlap — the interval of crankshaft rotation during which both valves remain open simultaneously. Overlap, which occurs between the end of the exhaust phase and the start of the intake phase, is usually a fixed parameter — but not on the DVT.

“Variance of the valve overlap angle has been achieved by adopting the DVT system: a valve timing adjuster applied on the ends of each of the two overhead camshafts. The DVT system is divided into two parts: an external housing rigidly connected to the timing belt and an internal mechanism connected to the camshaft. The latter is coaxial to the former and can rotate in advance or delay with respect to the housing depending on the oil pressure in special chambers, which is adjusted by dedicated valves, while the timing of each cam is controlled by a sensor in the cam covers.

“By independently varying the timing of the camshaft that controls the intake valves and the camshaft that controls the exhaust valves, the DVT engine optimizes high-rpm performance to provide maximum power, while at low-to-medium rpm it smooths operation, making power delivery more fluid and boosting torque. In practice, this is an engine that changes its characteristics as rpm varies.”

There you have it. The new DVT engine, says Ducati, helps make the latest Multistrada “uncompromising in terms of flexibility.” If uncompromising flexibility is even possible, it can’t be anything but good.