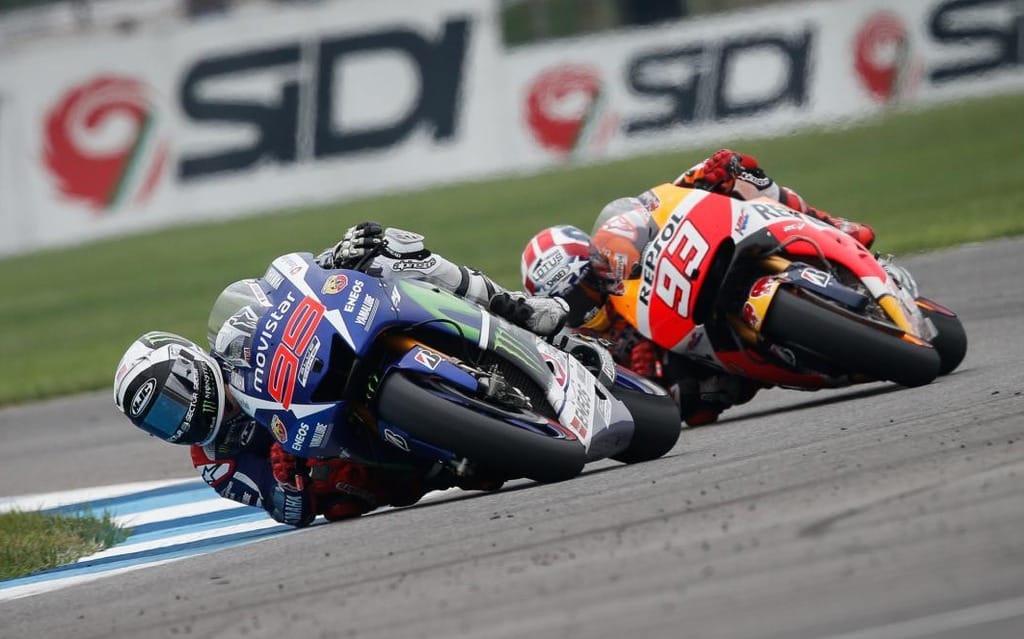 Repsol Honda’s Marc Marquez got the better of Movistar Yamaha’s Jorge Lorenzo at the Indianapolis Grand Prix on Sunday.

Though Marquez started from pole, it was Lorenzo who led into the first corner and for much of the race, Marquez content to stalk his fellow Spaniard from second. Then, with a handful of laps remaining, Marquez made his move and took the lead and held on for the remainder of the race to beat Lorenzo by 0.688 seconds. Valentino Rossi (Movistar Yamaha) took third a thrilling battle with Dani Pedrosa (Repsol Honda), Rossi finishing 5.966 seconds off the winning pace. For full results from Indy, click here.

Rossi still leads the overall MotoGP standings with 195 points, though teammate Lorenzo is close behind with 186. A strong string of performances sees Marquez climb to third overall with 139 points.

The next round of MotoGP goes August 16 at Brno, Czech Republic.