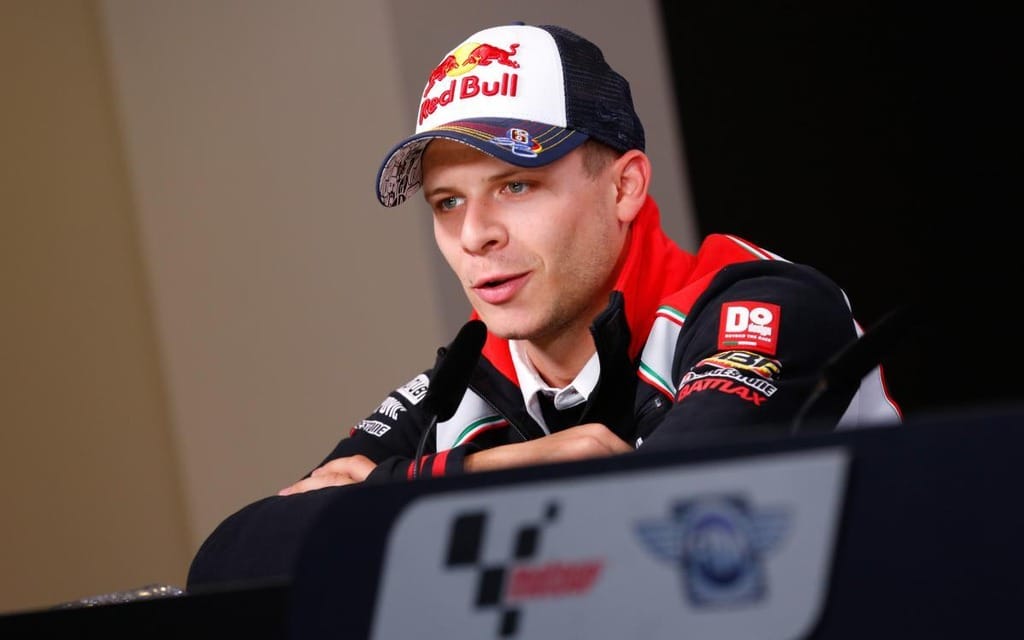 MotoGP star Stefan Bradl will make his debut for the Gresini Racing-run Aprilia team this weekend in Indianapolis. The German replaces Marco Melandri on the Aprilia RS-GP machine alongside teammate Alvaro Bautista.

“It obviously won’t be easy at the beginning,” Bradl said. “I’ll need to get used to a new team and new bike, so my main goal in this first Grad Prix is to begin getting to know my mechanics and familiarising myself with the way the bike performs. I can’t wait to start this new, great adventure.”

Team manager Fausto Gresini also commented: “After a three week break we are anxious to get back onto the track. We are sure that with the arrival of a fast and expert rider like Stefan Bradl alongside Alvaro our progress on the technical front will move along even quicker.”