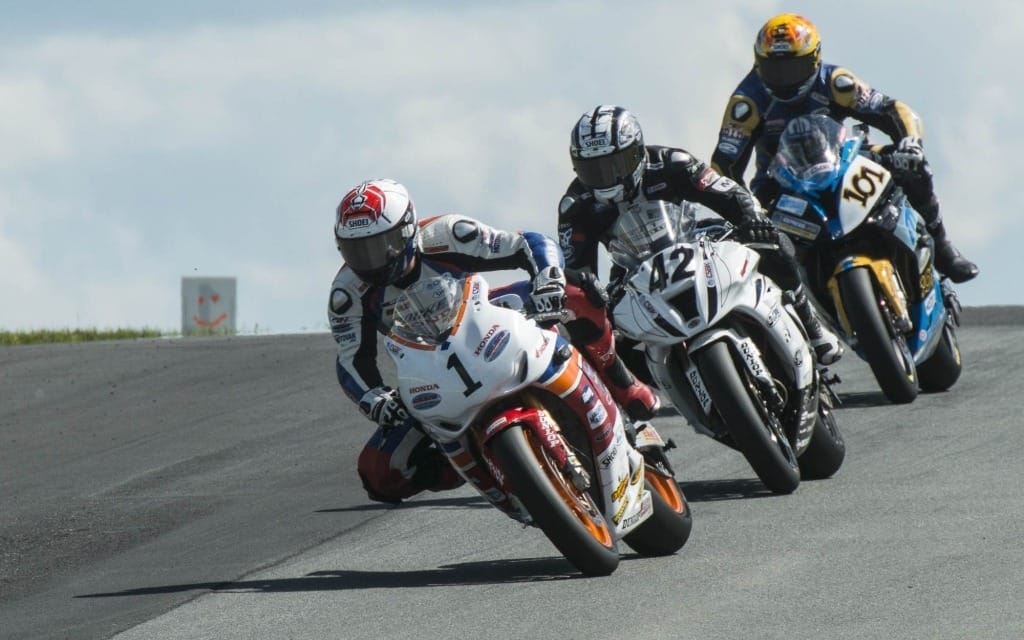 Jordan Szoke (BMW S1000RR) took the victory at Canadian Superbike’s stop at Atlantic Motorsport Park in Shubenacadie, Nova Scotia, on Sunday. The win was the 50th of Szoke’s career.

Reigning CSBK champ Jodi Christie (Honda CBR1000RR SP) led for the opening nine laps in the 22-lap affair before being passed by Kenny Riedmann (Kawasaki ZX-10R). Szoke moved into the lead on lap 12 and crossed the line 4.662 seconds ahead of Riedmann. Christie settled for third, 15.503 seconds back. For full results from Shubie, click here.

“It’s great to get my 50th win here,” Szoke said. “This place is so challenging on a superbike.”

Szoke’s lead in the overall standings now stretches to 91 points, an almost unassailable margin. He now has 275 points, while Riedmann moves into second with 184. Christie isn’t far behind with 182.