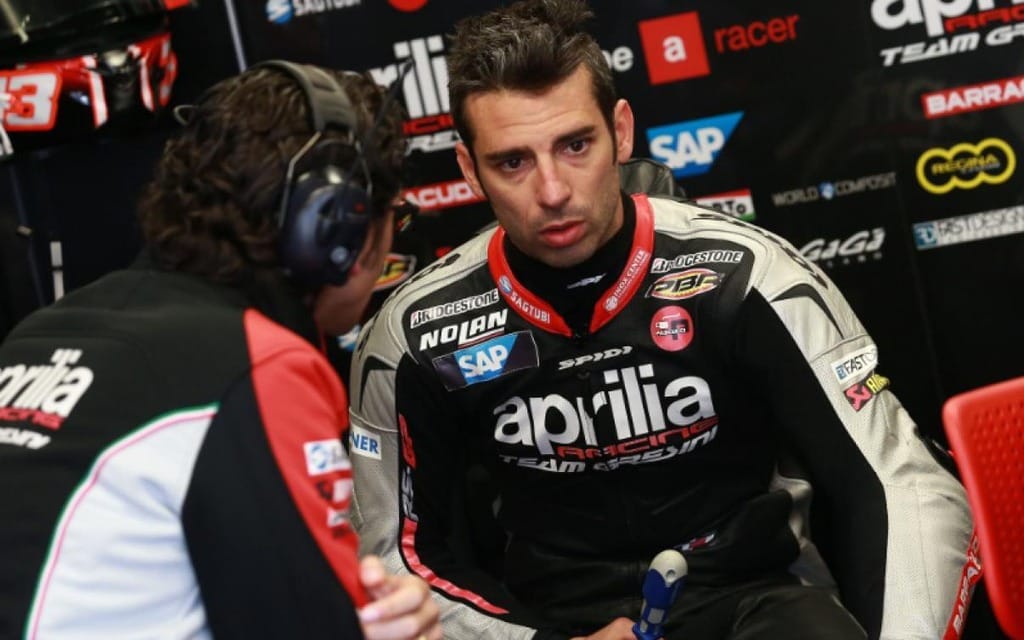 Marco Melandri and Aprilia have officially parted ways ahead of this weekend’s German GP.

Melandri has languished at the back of the grid for the entirety of this season, and the Italian’s unhappiness has been palpable. He’s failed to score a single point through eight races (his teammate Alvaro Bautista has 11 points) and has qualified in last place for all but one race.

Former MotoGP rider Michael Laverty, currently competing in the British Superbike Championship, will replace Melandri this weekend and possibly for the rest of the season.