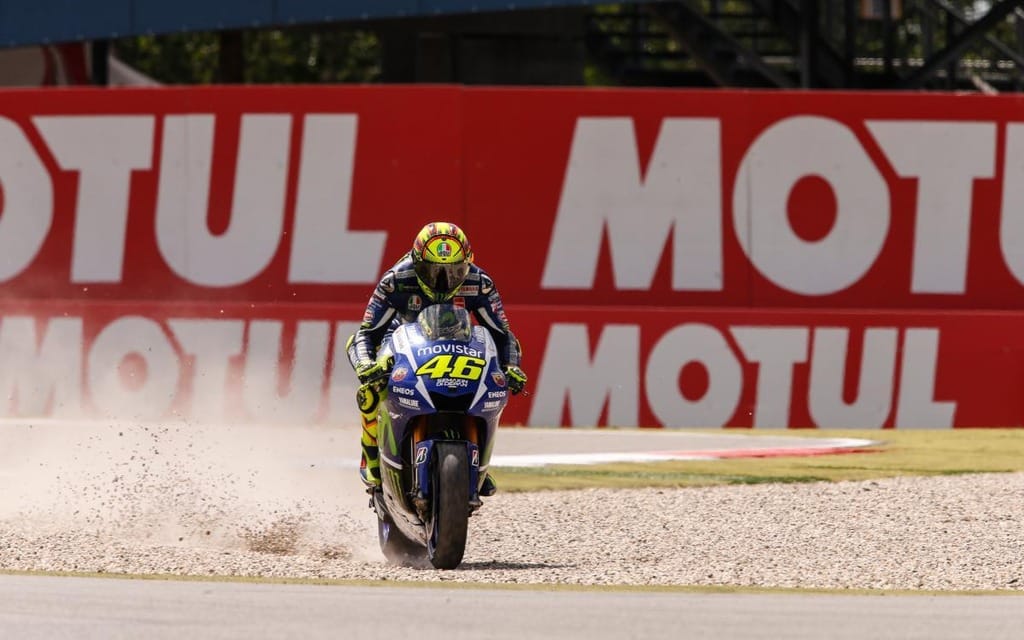 The 36-year-old got a good start from pole position and controlled the race early, the only bike able to keep pace being the Repsol Honda of Marc Marquez. The pair was separated by a scant margin for much of the race, Marquez biding his time in second. A small error from Rossi left the door open for Marquez to take the lead with seven laps remaining, though Rossi retook the lead a few laps later. Marquez made a final lunge at the last chicane on the last lap. Though Rossi was pushed wide through the gravel, he held on for the win. Jorge Lorenzo rounded out the podium, finishing 14.576 seconds behind his Yamaha teammate. For full results from Assen, click here.

The win extends Rossi lead in the overall standings to 10 points ahead of Lorenzo, who has 153. Ducati’s Andrea Iannone is third overall with 107.

The next round of MotoGP goes July 12 at Germany’s Sachsenring.