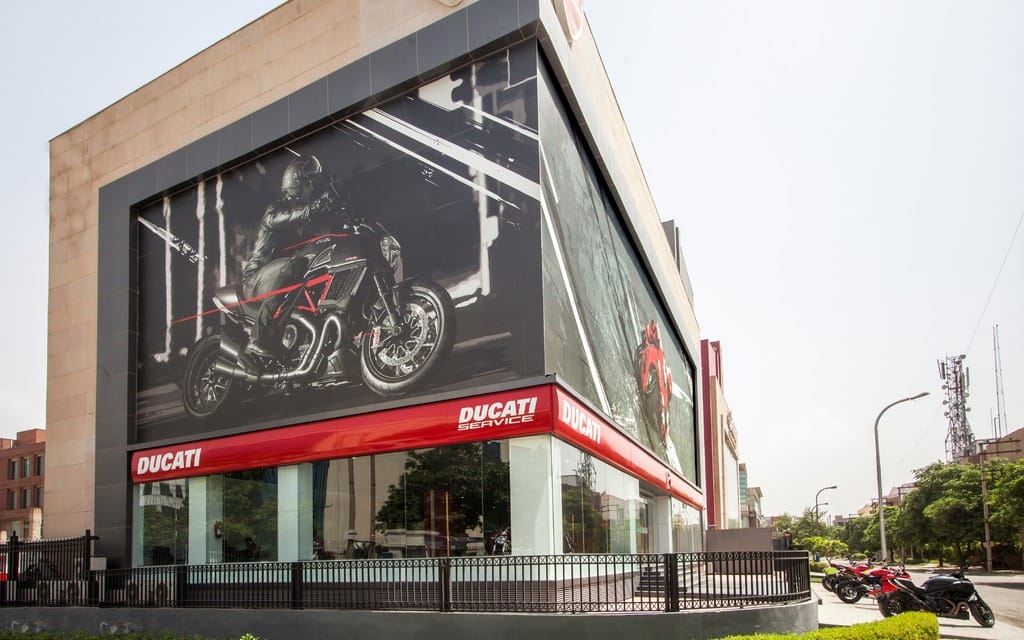 New Delhi, India, is now home to the world’s largest Ducati store. With five floors and an area of 29,000 square-feet, the space will no doubt become a Mecca for Indian Ducatisti.

The store’s opening was commemorated with Ducati’s first official press conference in India since the brand entered the lucrative Indian market. Ducati India Pvt. Ltd. Is the newest of 11 official subsidiaries owned worldwide by Ducati Motor Holding. Ducati says the response from the Indian motorcycling community has been “tremendous” since opening its first dealerships in Delhi NCR and Mumbai.

Ducati Asia general manager of sales and marketing Pierfrancesco Scalzo was on hand at the press conference and commented: “In 2013 we began our groundwork in India and our belief in the market has been reaffirmed. This has been possible with our great partners such as AMP, Infinity and VST. I have travelled extensively the length and breadth of India, met Ducatisti, felt their passion and know that we will be successful in this country.”

The next step in Ducati’s Indian expansion is opening new dealerships, with locations said to include Bangalore, Pune and Hyderabad.