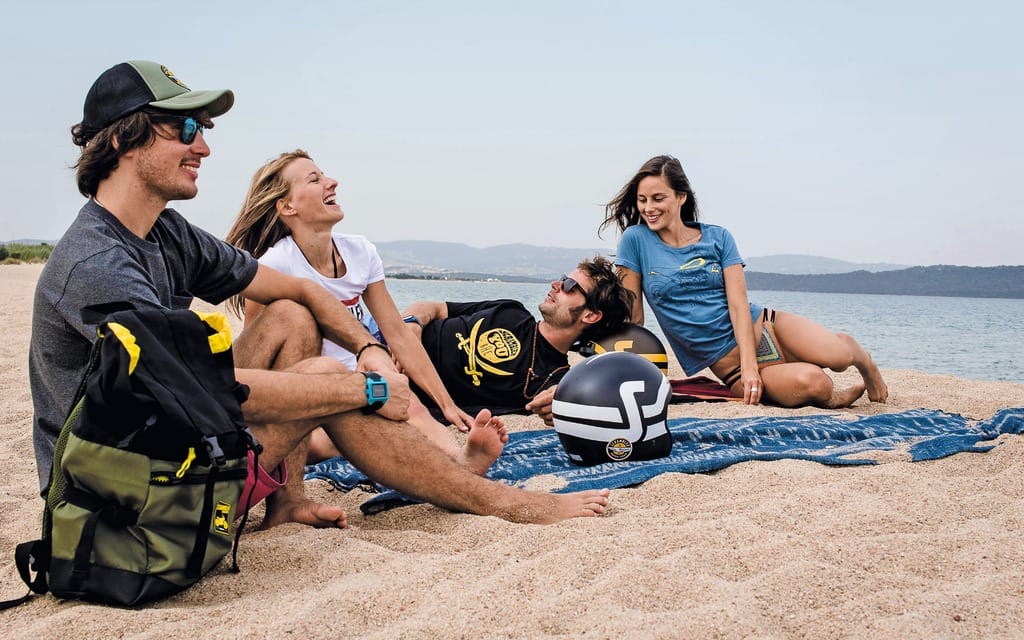 What’s in a name?

When the Scrambler broke cover, Ducati insisted it wasn’t just a new motorcycle, but a new brand. You’ll notice the bike’s logo places more emphasis on the word “Scrambler” and less on “Ducati” — and the same can be said for the marketing material. Factor in the four variants and telling people about your new bike could turn into a genealogical exercise. (No, it’s not a Ducati Scrambler; it’s a Scrambler Ducati Urban Enduro.)

We asked Arrick Maurice, marketing director of Ducati North America, to explain the labeling rationale. “The motorcycle make is ‘Ducati’ and the model is ‘Scrambler,’” he said. “How one says it is up to the individual.” The decision to emphasize “Scrambler,” he adds, is a reflection of Ducati’s vision for the bike. “It takes a step outside Ducati’s traditionally uncompromising, performance-driven values in a direction that’s more approachable to a broader audience, embodying ideals built around the pure joy of riding motorcycles. The step is big enough to warrant differentiating the Scrambler from the rest of the Ducati lineup. But the heart and soul of the bike is still Ducati, therefore it keeps the Ducati name.”

A stand-alone Web site reinforces the Scrambler as a brand-within-a-brand, and, as Ducati’s least expensive motorcycle, it’ll need to sell in high volume to make its contribution to the corporate bottom-line. Not a problem, according to Ducati. The Multistrada is the marque’s best-selling model in North America, but the Scrambler will eclipse it in sales, claims Ducati.

But who will be buying? “Marketing is focused on an ideal more than a demographic,” says Maurice. “This is a motorcycle for those that are more focused on the journey than the destination. (Sounds like most motorcyclists we know.) This concept resonates well with the millennial generation, but we’re seeing that the appeal is broader than that.” That’s a good thing, since millennials have notoriously tight pockets (figuratively and literally) — most aren’t buying cars or motorcycles.

In addition to being a motorcycle and a sub-brand, Ducati presents the Scrambler as a lifestyle, the mechanical embodiment of joy and freedom — and you can’t have a lifestyle worth living without branded clothing. The Scrambler comes to market with the usual accompaniment of riding gear and helmets, but also with watches, hats, mugs, belts, a lighter and a picnic blanket.

“The Scrambler presents a product and lifestyle that’s fresh, positive, doesn’t take itself too seriously, and is extremely approachable,” says Maurice. “Whether it be new riders or those returning to motorcycling, we’re seeing new faces in dealerships, and that’s very exciting for us and motorcycling in general. Harley-Davidson has done an excellent job of creating motorcyclists over the past decade. I believe the Scrambler can do so in similar fashion for the next generation of motorcyclists.”

If the motorcycle media is to be believed, many of that “next generation” will be so-called hipsters. First off, let’s stop labeling this a hipster bike, because to do so does the Scrambler a disservice. We’re not alone in saying this, but what’s interesting is the number of publications voicing similar pleas while at the same time perpetuating the stereotype. Type “Ducati Scrambler review” into a search engine and you’re sure to see retro leather-clad riders wearing open-faced helmets and sporting horn rimmed sunglasses. Sure, the Scrambler has a certain neo-retro appeal that’s very in right now, but it also has more going for it. And a hipster, by definition, is a person who follows the latest trends and fashions. Today it’s beards and plaid shirts. Tomorrow, who knows? Has the hipster hype been positive or negative? “I consider all the talk surrounding the bike positive,” Maurice said. “The industry is buzzing about a new product that’s bringing people to motorcycling, and that’s a great thing, regardless of how tight anyone’s jeans are.”