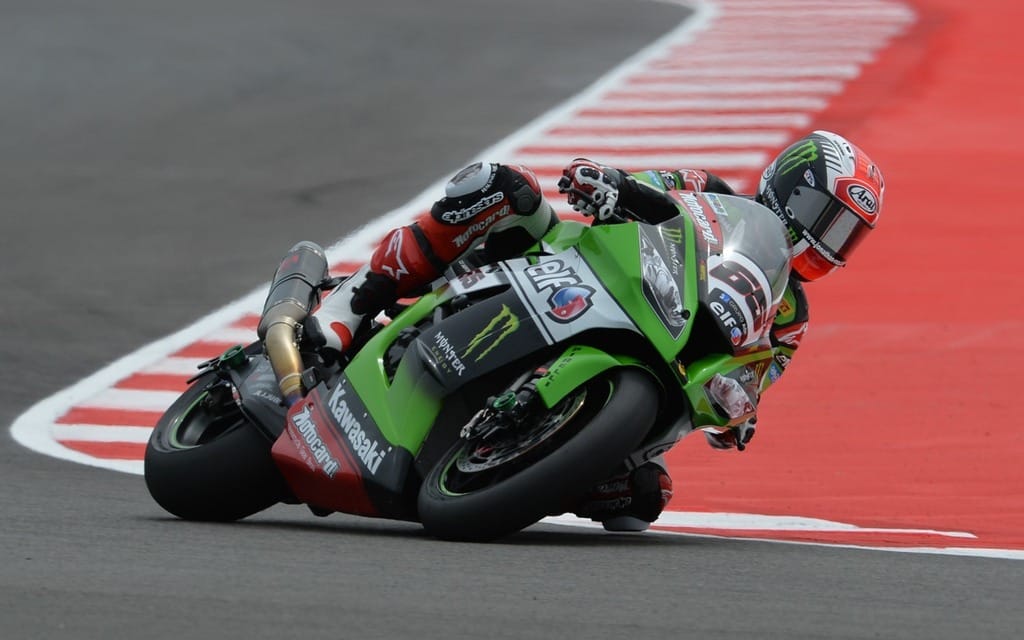 Kawasaki teammates Tom Sykes and Jonathan Rea split wins at World Superbike’s stop at the Misano circuit in Italy on the weekend.

Sykes started from pole and led from start to finish in Race One. Rea made what appeared to be a poor gamble on rear tire choice and looked like he’d finish off the podium for the first time this season, but a late charge and thrilling battle with Chaz Davies (Ducati) saw Rea take second, 3.613 seconds back. Davies settled for third, 4.178 seconds off the winning pace.

Rea changed his rear tire compound and looked much stronger much sooner in Race Two, though Sykes still led early. Davide Giugliano, who finished just off the podium in Race One, passed Sykes and battled hard for his first WSBK win. The race pace of Rea, however, simply couldn’t be matched. Once clear of the Italian, Rea cruised to win by 1.290 seconds. Giugliano held on for second, with Leon Haslam (Aprilia) rounding out the podium, 2.436 seconds behind the winner. For full results from Misano, click here.

Max Biaggi, who came out of retirement to ride for Aprilia at Misano, had a pair of sixth-place finishes on Sunday.

Rea continues to dominate the overall standings with 375 points. Sykes is second with 242, while Haslam is third with 226.

The next round of WSBK goes July 19 at America’s Laguna Seca circuit.