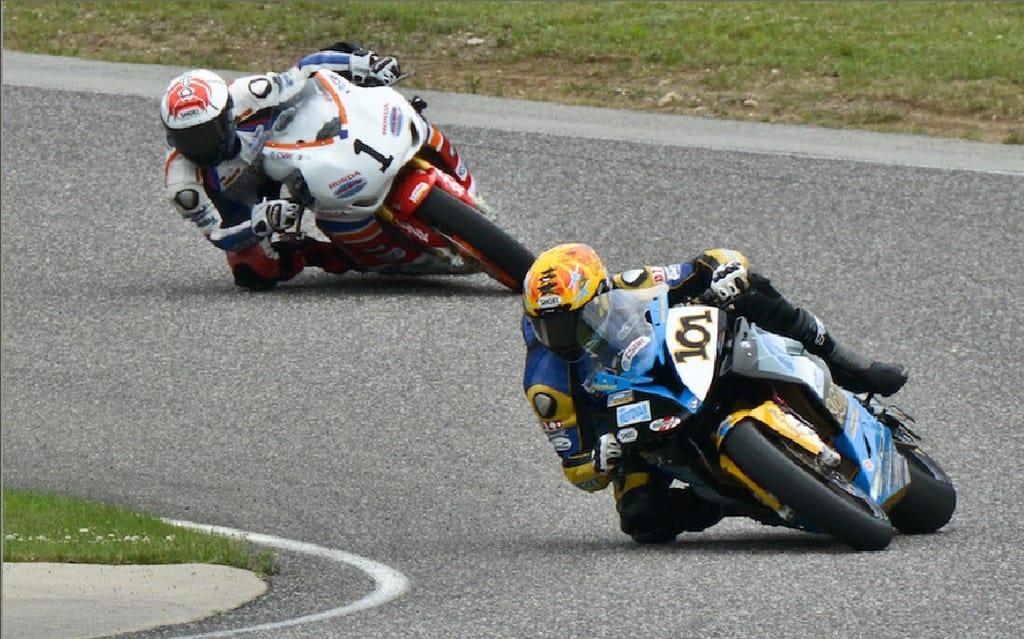 Although current CSBK champ Jodi Christie (Accelerated Technologies / Honda Canada) started from pole, it was Szoke who took the lead early and officially led all 14 laps (Christie passed him at one point, but Szoke quickly responded). Christie finished second a scant 0.255 seconds behind. Sebastien Tremblay rounded out the podium.

“This one is very emotional for me,” said Szoke. “I was injured last year and lost my championship hopes, and I was a little skeptical on how I would be coming back. I’m going to remember this win.”

Szoke takes the early lead in the overall Pro Superbike standings with 55 points. Christie is second overall with 46, while Tremblay is third with 37.

The next round of CSBK goes June 28 in St-Eustache, Quebec.