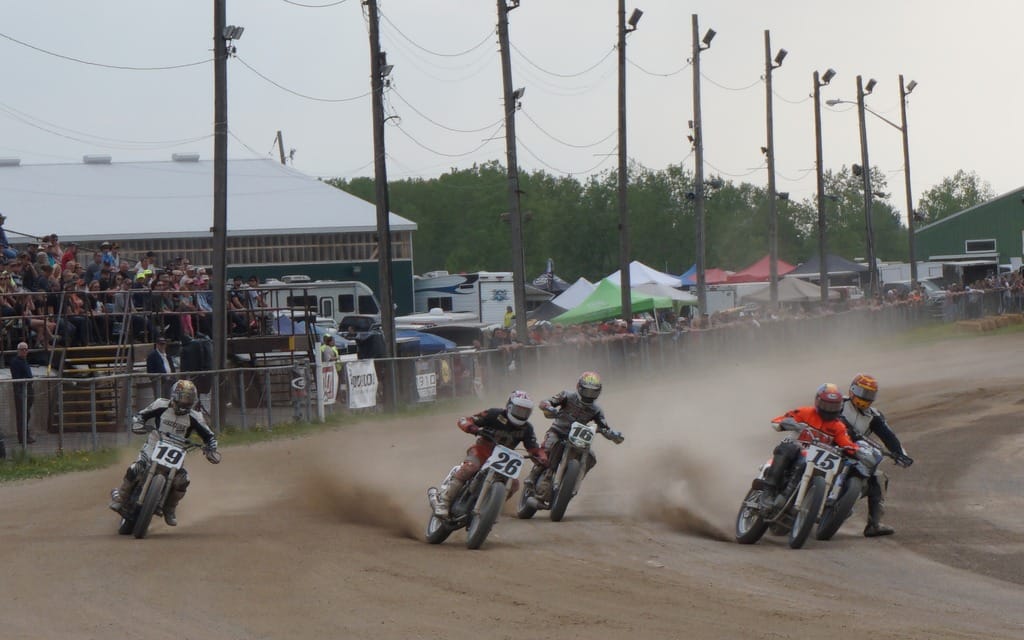 Flat Track Canada’s 2015 season got underway last Saturday with the Paris Half Mile in Paris, Ontario, and, if Facebook can be believed, the bar has been set very high for the rest of the season.

“It shaped up to be one of the best main events in Canadian history,” a post on FTC’s social media hub stated, “with a ton of lead changes and a lot of bumping and grinding on the very deep cushion.”

Veteran Chris Evans secured the first victory of the season in the Open Expert Main ahead of Doug “Fresh” Lawrence and Robert “Bugs” Pearson. Steve Beattie and Justin Jones rounded out the top five.

Will round two deliver more of the same? Come to the Burford Fairgrounds in Burford, Ontario, on May 23 to find out.