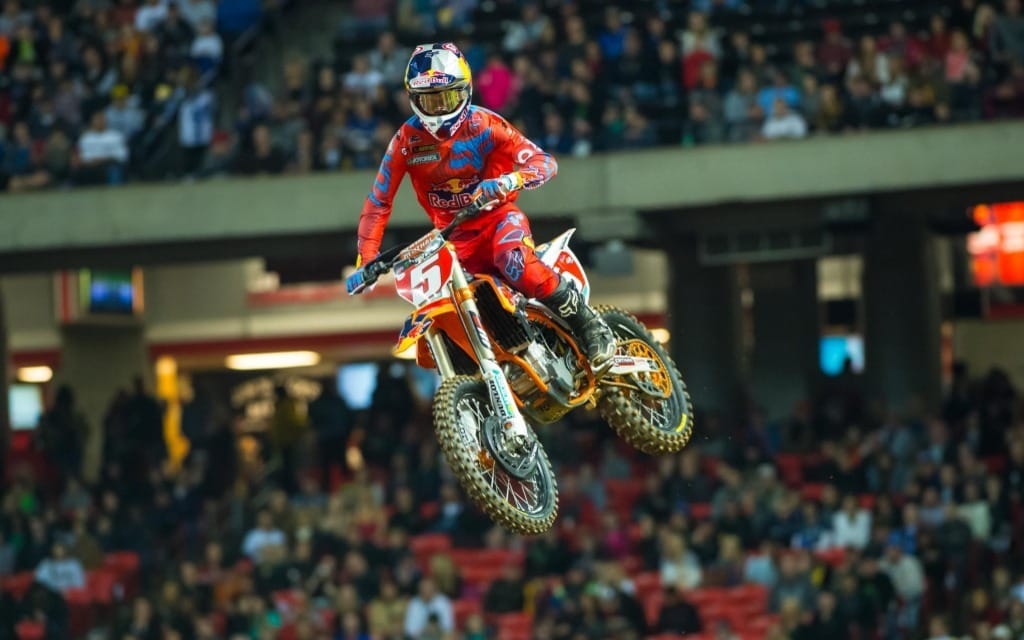 The big show is back, baby. After a one-year hiatus, the Monster Energy Supercross Championship is returning to Canada in 2016. The series’ sole Canadian stop will be at the Rogers Centre in Toronto, Ontario, on March 12. No word yet on whether any Canadians will be taking part.

The Toronto stop was the sixth best-attended Supercross round in 2014, though it was left off of this year’s schedule. That year’s 450SX main was especially memorable as Suzuki’s James Stewart came back from almost last to win the 20-lap race. Hopefully we can look forward to something similar next season.