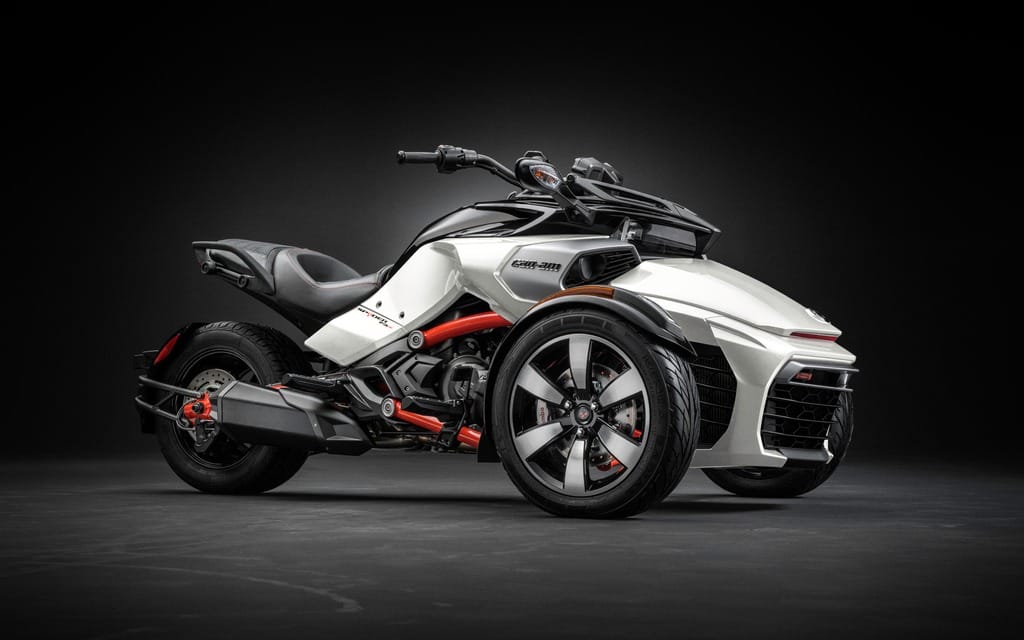 Big news late last month from BRP as the 100,000th Can-Am Spyder rolled off the assembly line in Valcourt, Quebec. The machine, a 2015 F3-S, was destined for Missouri firefighter Brahm Wilson. He recently received it at Spyderfest, a gathering of Spyder enthusiasts, in Springfield, MO.

“I’m an ex-motorcyclist returning to riding after a few years away and I have been admiring the Can-Am Spyder for a while now,” Wilson said. “With the introduction of the Spyder F3, I decided that was the bike for me.”

“It has been a great ride with the Can-Am Spyder since we first unveiled it in 2007, to today, delivering the 100,000th unit,” said José Boisjoli, BRP’s president and CEO. “The Spyder F3 model marks our entry in the cruiser segment, which represents about two-thirds of the North American motorcycle industry. Consumer response to this new model leads us to believe that we can expect more milestones in the near future.”