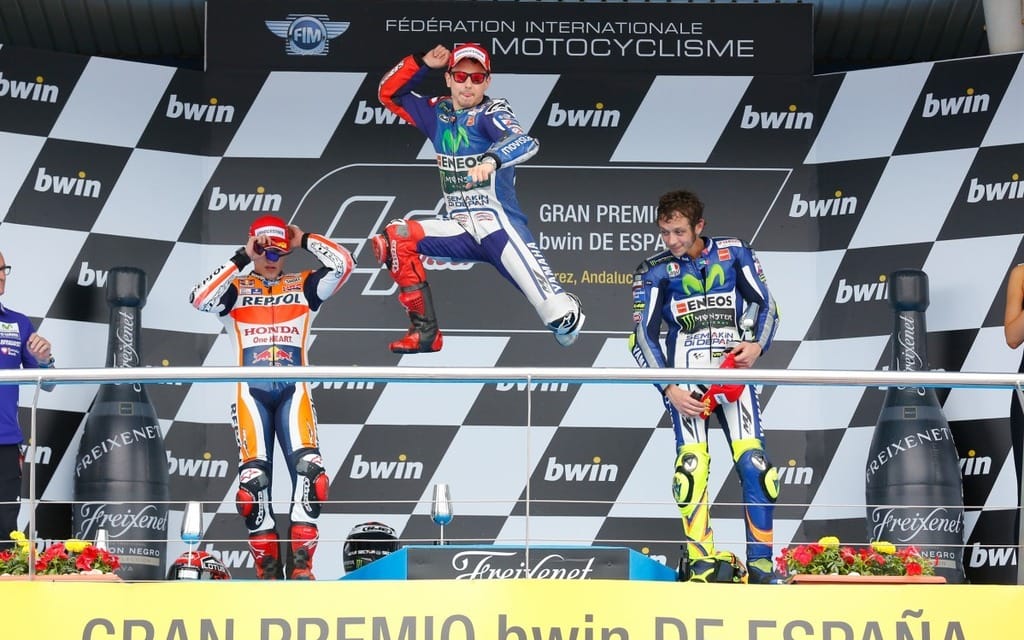 Movistar Yamaha’s Jorge Lorenzo returned to winning ways at MotoGP’s round in Spain on the weekend. The 28-year-old Spaniard dominated Friday’s free practice, laid down the fastest-ever lap on two wheels at the Jerez circuit (a 1:37.910) in Saturday’s qualifying en route to pole position, and led from start to finish in Sunday’s race, cruising to a 5.576 second victory.

Despite suffering a broken finger last week, Marc Marquez (Repsol Honda) looked strong and was the only rider who could match Lorenzo in the early stages, though the current MotoGP champ could not sustain the leader’s blistering pace and would have to settle for second. Valentino Rossi (Movistar Yamaha) rounded out the podium, finishing 11.586 seconds behind his teammate. For full results from Jerez, click here.

“I am absolutely proud of myself and the team that we finally delivered some extraordinary work,” a humble Lorenzo said.

Rossi still sits atop the overall standings with 82 points. Ducati’s Andrea Dovizioso is second overall with 67, and Lorenzo moves into third with 62.

The next round of MotoGP goes May 17 at Le Mans, France.