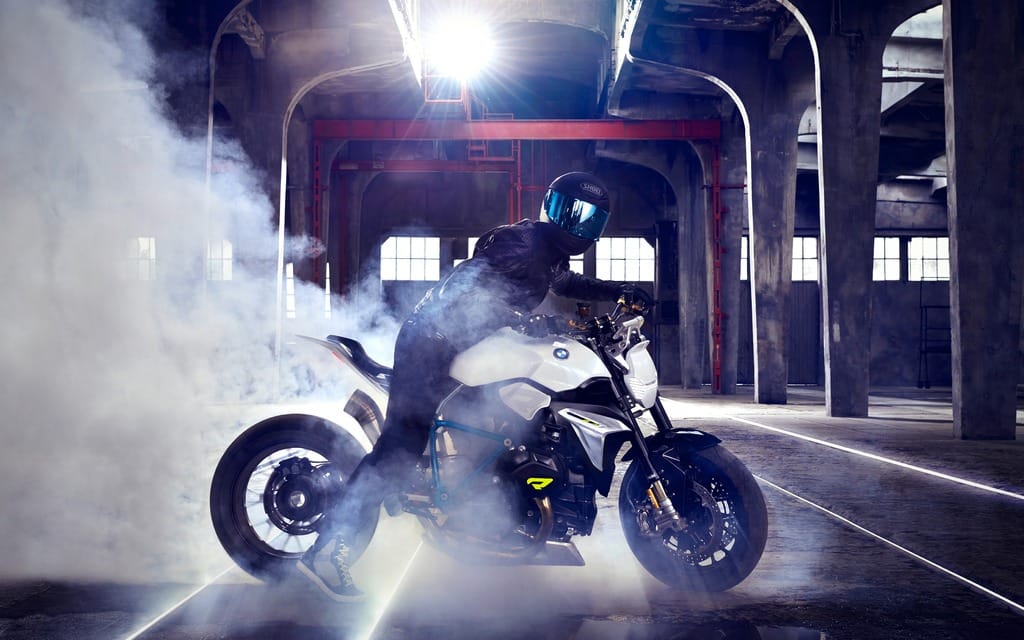 Change is in the air

Over a post press-ride coffee, with lines of still-warm R1200Rs steaming in the soft Spanish rain, a colleague makes an interesting claim. In his youth, he says, he could discern the brand of tire by the smell of the burnout. It’s an unassailable statement — how could we possibly dispute or test his assertion? Then, as if by divine intervention, we hear it, the telltale sound of a screaming engine and rubber squealing on pavement. The lounge empties as attendees flock to the sound’s source. I sit tight; it’s cold outside and the espresso is hot. Afterwards I discover that it was a BMW staffer aboard the Concept Roadster.

The Concept Roadster broke cover in the spring of 2014 at the long-running Concorso d’Eleganza Villa d’Este — literally “Competition of Elegance of Villa d’Este” — a classic car competition near Lake Como, Italy. In addition to aging four-wheeled cages, OEMs trot out upcoming models and prototypes.

When the undeniably aggressive and completely modern Concept Roadster was unveiled, pundits speculated about what was in the works. Was BMW brewing another all-new model, something to replace the aging R1200R, and using the Concept Roadster as a sounding board?

Time has told us; clearly the answer was no — but the Concept Roadster wasn’t a pointless exercise. Specs are scarce, though it’s not hard to see what the Concept has passed on to the R1200R. The tank appears to be identical, and while the Concept’s opaque headlight unit seems to be for show, the R1200R’s echoes its shape and adds function to form. The white “Style One” R1200R’s engine spoiler mimics the Concept’s belly scoop. But perhaps most importantly, the Concept Roadster’s telescopic fork and liquid-cooled engine were the precursor for the abandonment of the Telelever suspension system and air-cooled mill of the old R1200R.

BMW’s boxer faithful can be resistant to change — think of the fuss made over the R1200GS incorporating liquid cooling. The old R1200R, whether it deserved the designation or not, was seen as an old man’s motorcycle. The Concept Roadster allowed BMW a platform to gauge public reaction to a roadster with next-generation power and styling.

Ultimately the idea is to attract new buyers (hopefully younger ones), and you can’t do that with same-old designs. The Concept Roadster was the testing ground for ideas to inject life into an aging design — an injection of life the R1200R sorely needed. Change is in the air, and it smells like burnt rubber.