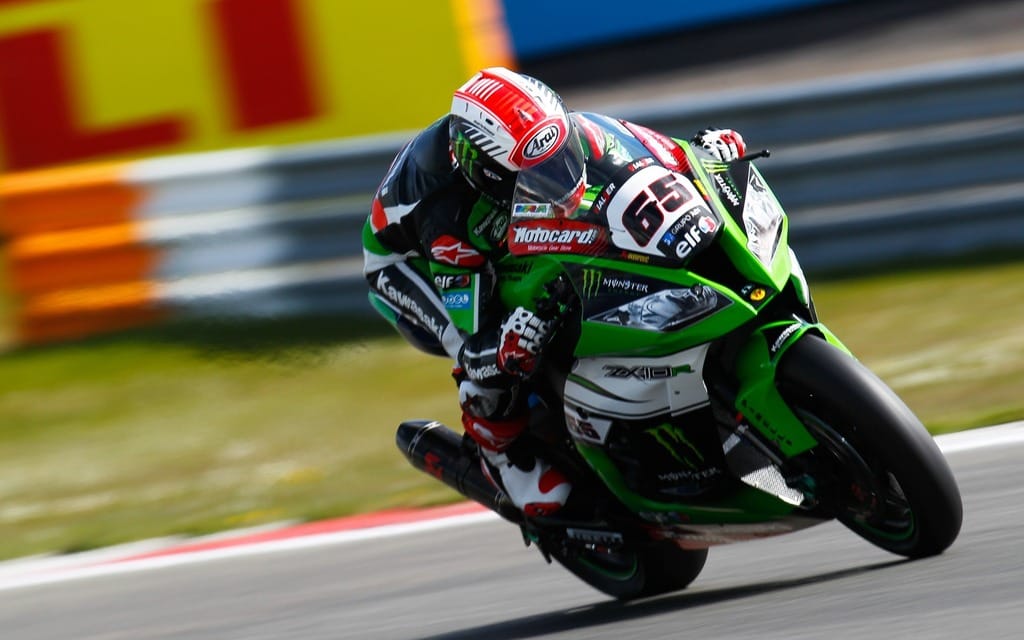 Rea doubles up at Assen

Jonathan Rea dominated the World Superbike Championship stop at the Netherland’s TT circuit in Assen, winning both races on Sunday.

His Kawasaki teammate Tom Sykes started from pole position, but Rea reached turn one first and led for the rest of Race One. While others faded in the late stages, Rea remained strong, setting a new lap record on the penultimate lap. Chaz Davies (Ducati) finished second, 1.098 seconds back, while Dutchman Michael van Der Mark (Pata Honda) thrilled the home crowd by finishing third, 4.140 seconds behind.

Sykes looked stronger in Race Two and led early, but would eventually finish fifth. As in Race One, Rea took the lead and the win, again holding off Davies, who finished 0.439 seconds behind. A daring pass on the penultimate corner – a pass that forced Aprilia’s Leon Haslam to take an excursion through the gravel – gave van Der Mark another third-place finish, 2.831 seconds adrift. For full results from Assen, click here.

“There was a lot of pressure on me coming here,” Rea said, “everyone talking about how Assen was my circuit, so I am just happy to deliver. Hopefully now we can go to Imola and do a similar job.”

Rea’s impressive early-season form sets him atop the overall standings with 190 points. Haslam is second overall with 140, with Davies third at 123.

The next round of WSBK goes May 10 at Imola, Italy.