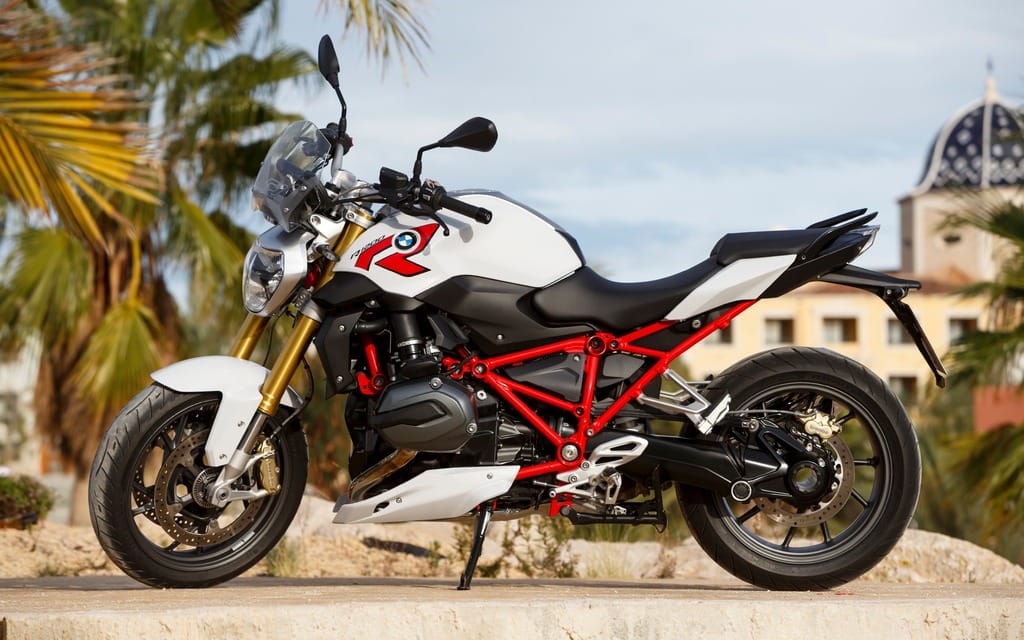 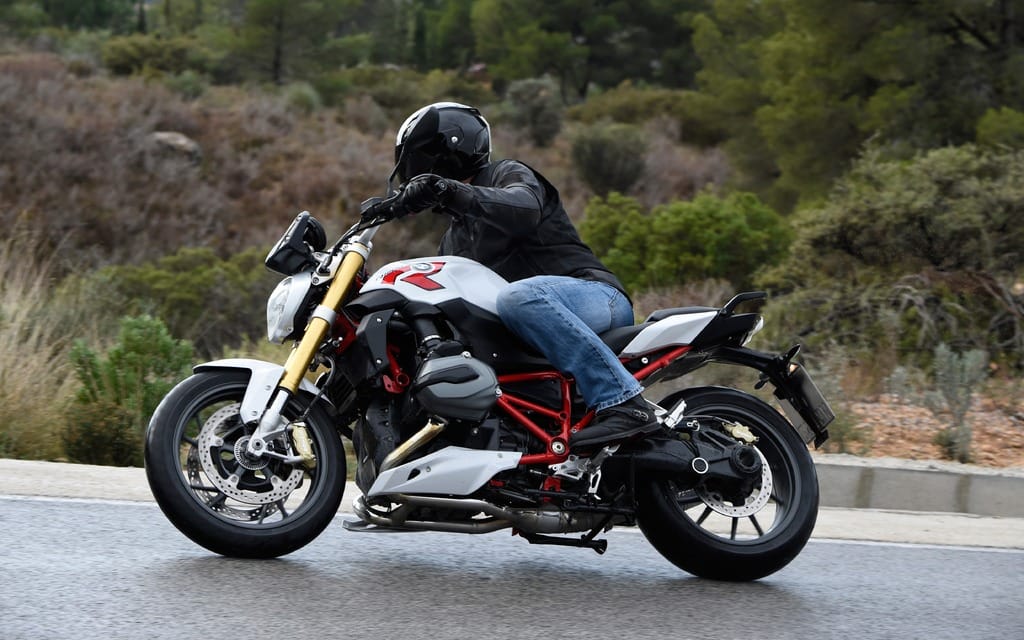 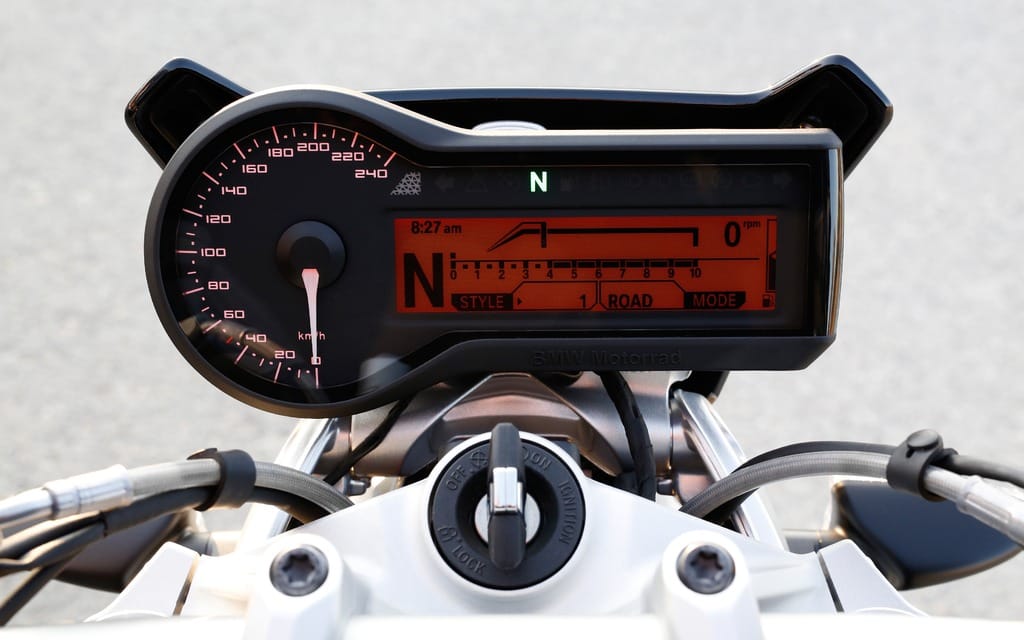 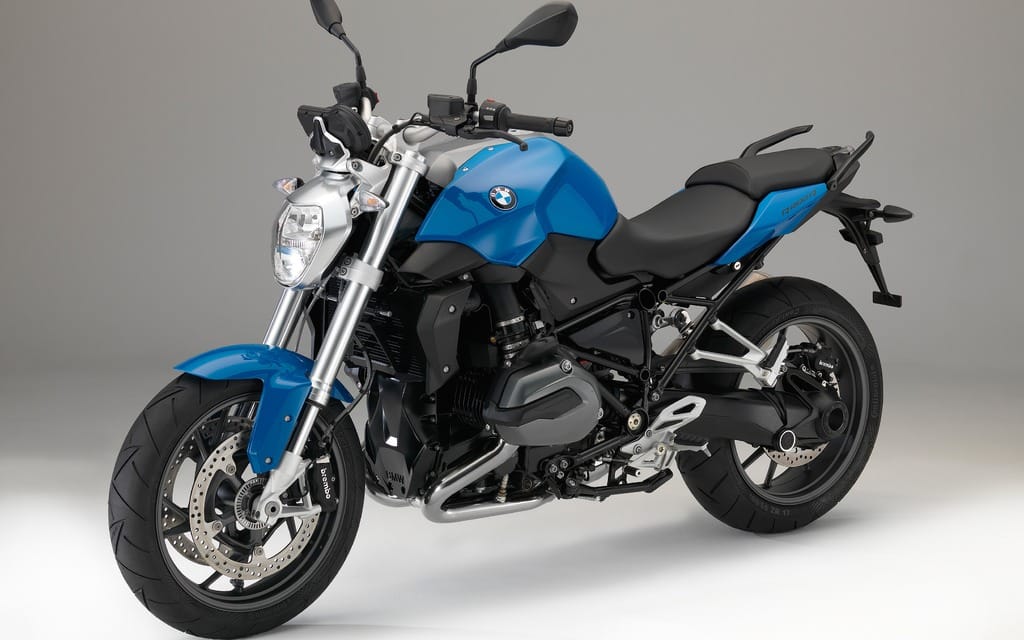 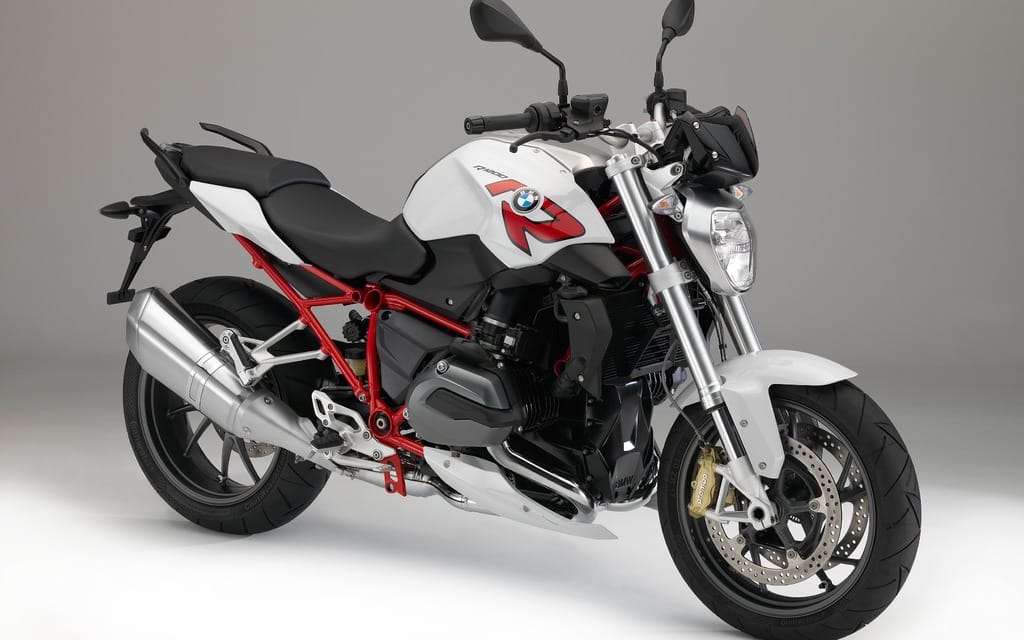 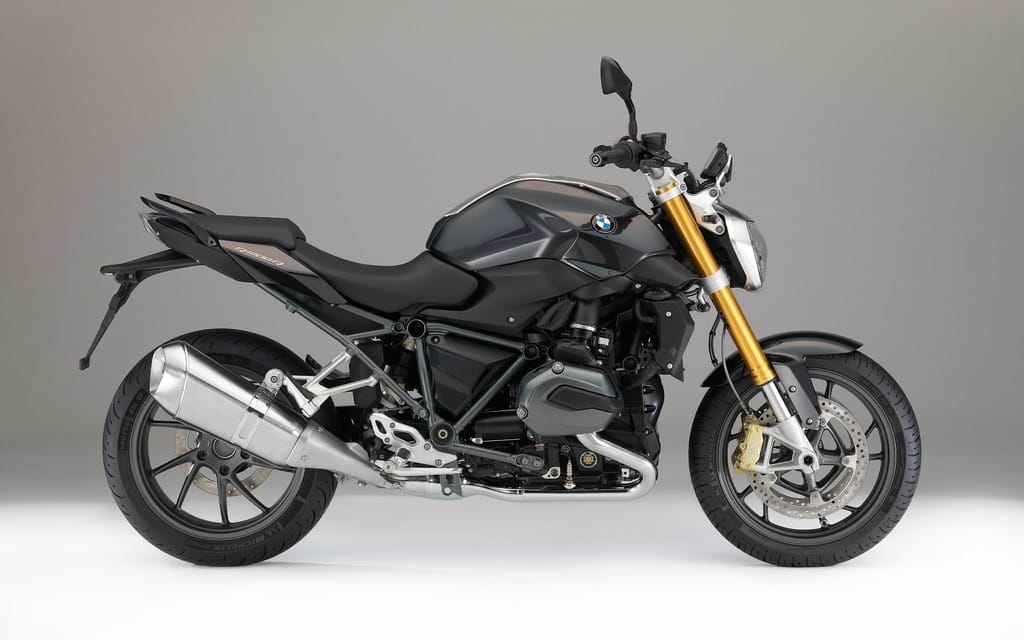 My editor says I’m not to be trusted when it comes to BMW boxers (considering the statement’s source it’s like the 916 calling the Panigale red). But I must confess: I’m an airhead. I’ve had an R1150R Rockster for most of my motorcycling life. At BMW’s press launch of the new R1200R — the latest generation of my bike’s platform — I’m like a teacher with the younger sibling of a favoured former pupil in my class. I can go easy on the revised roadster, or I can hold it to a higher standard.

I’m not alone in my affinity for the flat twin; BMW says boxers make up half of Motorrad sales. Part of that popularity comes from continuity. In a softly lit side hall the long lineage of boxer-powered roadsters is displayed. There’s an R5 from 1935, an R68 from 1953, an R60/5 from 1972, an R100R Classic from 1995, and an R1150R Rockster from 2003. (The last clearly included in an attempt to curry favour — but I’m made of stone, man.) Some storied company there, and the new R’s most recent predecessor was no slouch itself, having sold 50,000 units since 2006.

According to Edgar Heinrich, chief designer at BMW Motorrad, the goal with the new R was to build and improve on the previous design, and to bridge the gap between the sport-focused S1000R roadster and “classic models” (i.e. the R nineT). “This is the most dynamic boxer roadster we’ve built,” Heinrich says.

Leaving the presentation hall, I see the new R1200R facing me head-on. I frown as I crouch a few paces in front of it. Something seems off, especially after half an hour of ogling the roadsters of Boxer Past. It’s a flat twin, sure, but the silhouette is wrong. “They’ve muddied its lines,” I mumble.

The R1200R now has the latest generation boxer engine, the same 1,170 cc air- and liquid-cooled mill that’s become the norm in BMW’s boxer lineup (only the R nineT has the older air/oil cooled unit). The newest boxer is “vertically aspirated” — fancy-speak for having the fuel/air intakes on top and exhaust ports on the bottom, as opposed to the rear-to-front design of yore. While the change in injector and exhaust orientation didn’t strike me on the updated GS and RT models, on the stripped-down R it stands out like a sore cylinder head.

Liquid cooling requires a radiator, which creates the problem of where to put it. BMW’s GS and RT models have enough bodywork to house split rads; no such luck on the naked roadster. The only place to put a rad that wouldn’t affect the R1200R’s comparatively slim aesthetic is behind the fork — exactly where BMW’s Telelever front suspension system is braced to the frame. In this case, BMW couldn’t have its liquid-cooling and Telelever too, so instead the new R receives a conventional 45 mm inverted fork derived from the S1000RR. (Rear suspension is the familiar Paralever setup.) Swapping Telelever for a standard fork required a redesign of the R1200R’s tubular steel bridge frame, though it still incorporates the engine as a stressed member.

While bespectacled, pipe-puffing traditionalists may protest the R’s abandonment of Telelever, BMW chassis engineer Martin Hartinger points out that the use of a conventional fork predates the Telelever system. “It’s like the bike returning to its roots,” he says. On the new R1200R those roots branch in two directions, as not all suspension setups are equal. The standard combination is recognized by its silver fork and black shock spring; the up-spec option, which adds Dynamic Electronic Suspension Adjustment (Dynamic ESA), has a gold fork and white shock spring. Hartinger says that in addition to making room for the radiator, the switch to a regular fork was made more palatable because Dynamic ESA (which continuously and automatically adjusts damping to suit riding conditions) provides many of the plusses Telelever does — namely improved smoothness, stability, and comfort. But Dynamic ESA is an option, not standard; does the stock fork do the same things? “It’s still very good,” he says.

In an effort to attract new, more varied customers (and to confuse magazine writers) the R1200R is offered in three variants — what Edgar Heinrich refers to as standard, sport, and classic packages. (Officially, sport and classic are labeled “Style 1” and “Style 2.”) Standard — for those satisfied with the status quo — comes in Cordoba Blue for $16,050. Sport — for the young and the young-at-heart — is Light White (as opposed to dark white?) and is $540 more, but gains a red frame, gold brake calipers, an engine spoiler and a flyscreen. Classic (grey-haired pipe-puffers get out your chequebooks) is Thunder Grey with matching frame and gold brake calipers for $385 more than the base price. All three come with ABS, Automatic Stability Control, Road and Rain riding modes, and heated grips. As you’d expect, BMW has an extensive array of ex-works options and option packages.

Not content with sending us out on the base model, BMW brings a bevy of “Style 1” samplers. In addition to the extras that entails, these testers add Dynamic ESA, Pro riding modes (Dynamic and User), Dynamic Traction Control (which is angle-sensitive, and comes as part of the Pro riding modes package), Gear Shift Assistant Pro (a quickshifter), cruise control and keyless ride.

When choosing a press launch location, manufacturers mostly consider two things: access to engaging roads, and consistently good weather (an exotic setting is a close third). That’s why BMW settles on Alicante, Spain, for the R1200R’s December press launch — as opposed to, say, Moose Jaw, Saskatchewan in January. According to weather-and-climate.com, Alicante averages six rainy days in December for roughly 35 mm of total precipitation. A safe bet, then, for a press launch.

Which is why I’m pissed-off as it pisses rain for much of the test ride. Rain starts as I mount up, but not before swapping out the R’s stock 790 mm seat for a taller 820 mm saddle (several other seat options are available). The new R’s perch narrows more at the front than its predecessor’s, allowing an easier reach to the pavement. Seating position is almost upright and roomy-enough, as a roadster’s should be. Controls are straightforward and intuitive, with a Mode button on the right switchblock and ABS/suspension switch on the left for adjusting settings. Instrumentation (analogue speedometer flanked by TFT display) is clear and easy to read — once I wipe off the raindrops.

The R1200R has a substantial wet weight of 231 kg, but feels well balanced at a standstill and as I set off. Clutch pull is easy and so is the pace, our group leader keeping speeds conservative on the shortened rain route. But the roads are twisty, and I spend most of a moist morning in second gear sweeping smoothly through turns. Shifting through the six-speed transmission is solid and sure, and fuelling is very good, even while lugging very slowly through first-gear switchbacks.

The rain relents and the leash is released — to a point — when we start solo photo passes. I’m more aggressive, but the pavement is still wet; in such conditions you can safely push only so far. Acceleration, even in the mellower Rain mode, is swift and smooth. The R’s mill maxes out at a claimed 125 crankshaft horsepower at 7,750 rpm, though peak torque (92 lb-ft) is reached by 6,500 rpm. BMW says the R’s new airbox and exhaust system allow it to produce more low- and mid-range power than GS and RT models. The beefy single pipe also produces a nice bark when you lay into it.

Steering is precise and stable with good feel through the fork. Getting TC to intervene requires a generous twist of the wrist — even while exiting a soaking wet corner. Power is modulated smoothly, and the bike charges to the next bend with a few flicks of the quickshifter. It works well on upshifts, though jumps past second into neutral a couple of times on downshifts. Dual 320 mm front discs with four-piston Brembo calipers (backed by a 276 mm, two-piston unit at the rear) provide strong stopping power, and ABS — which kicks in several times in the slick conditions — functions flawlessly.

Before long we’re back at the hotel, the truncated ride more a tease than a test, the pace making it difficult to get a sense of what the R is really capable of. Still, in challenging conditions it performs well, and what’s more, you can feel its potential. I leave Spain looking forward to a good long summer test, and, moreover, a good long summer.