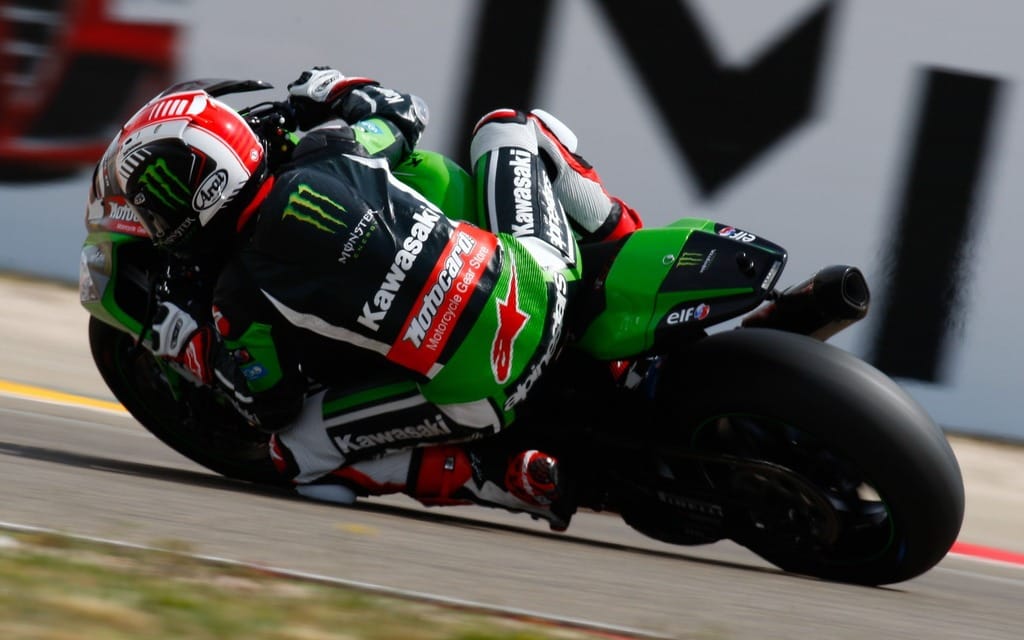 Aprilia’s Leon Haslam started from pole position at the Aragon circuit, though it was Rea who secured victory in Race One. The Ulsterman fended off a late challenge from Davies, who finished a scant 0.051 seconds behind. Rea’s Kawasaki teammate Tom Sykes took third, 4.977 seconds back.

Davies would respond with a brilliant ride in Race Two, his first WSBK win since 2013 and Ducati’s first since 2012 (and a first for the Panigale). The Welshman pulled a comfortable 3.190-second gap from second-place finisher Rea. Haslam had a solid ride for third, finishing 3.712 seconds adrift. For full results from Aragon, click here.

“I did not expect to win here because Tom and Chaz are really fast riders and this is their best circuit,” Rea said. “So to finish with first and second is a bit surreal.”

Rea’s stellar form to start the season sees him atop the overall standings with 140 points. Haslam is second overall with 114, while Davies is third with 83.

The next round of WSBK goes April 19 in Assen.