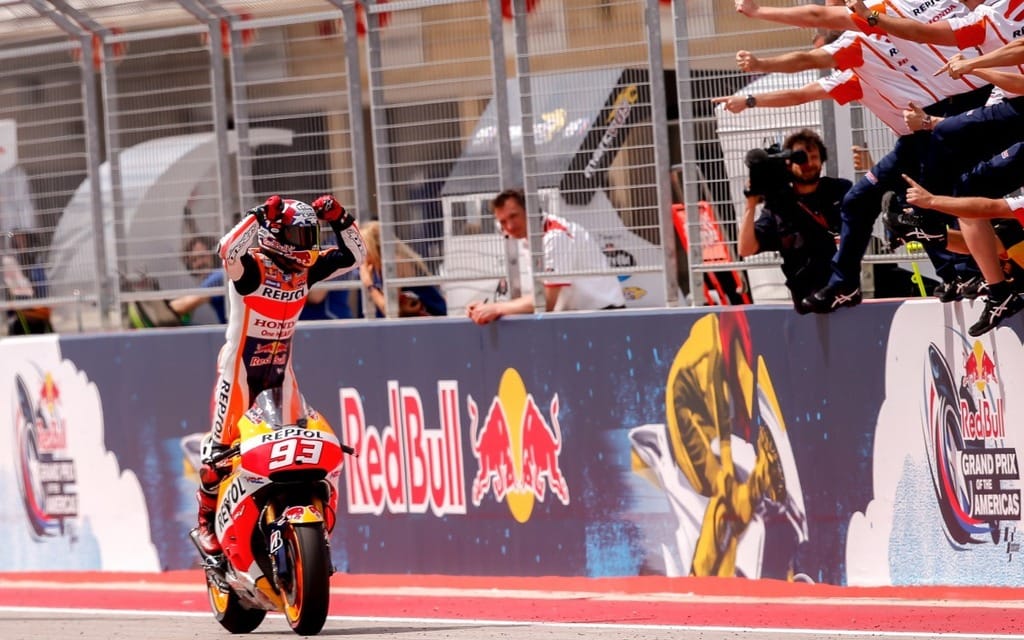 Marquez the man at COTA MotoGP

Marc Marquez maintained his perfect record at Austin’s Circuit of the Americas on Sunday. The Repsol Honda rider won his third straight race at the Texas track and cruised to his fist victory of the 2015 season.

Marquez trailed Ducati’s Andrea Dovizioso for the opening laps, but took the lead on lap five and never looked back. Dovi also fell victim to Valentino Rossi (Movistar Yamaha), though the two battled brilliantly for second throughout the race. Dovizioso won a hard-fought second, 2.354 seconds bachind Marquez, while Rossi took a well earned third, 3.120 second back. For full results from COTA, click here.

“I decided to keep calm in the early laps to try to understand the situation well,” Marquez said, “and when I started to find a feeling similar to practice, I decided to push the pace a bit. That was when I was able to open up a gap.”

Rossi still sits atop the overall standings with 41 points, though Divizioso is nipping at his heels with 40. Marquez moves into third overall with 36 points.

The next round of MotoGP goes April 19 in Argentina.