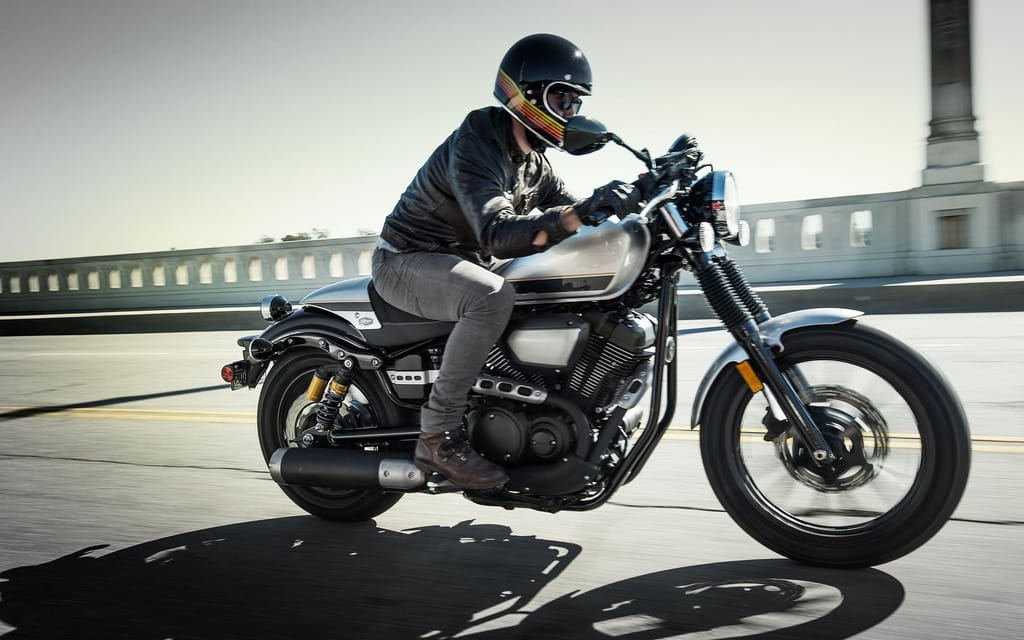 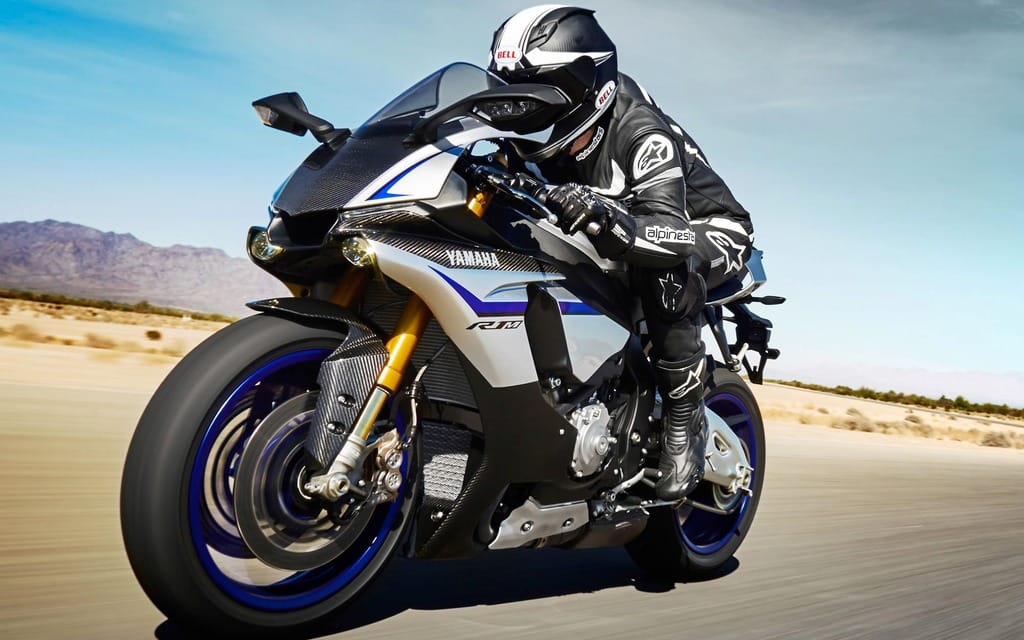 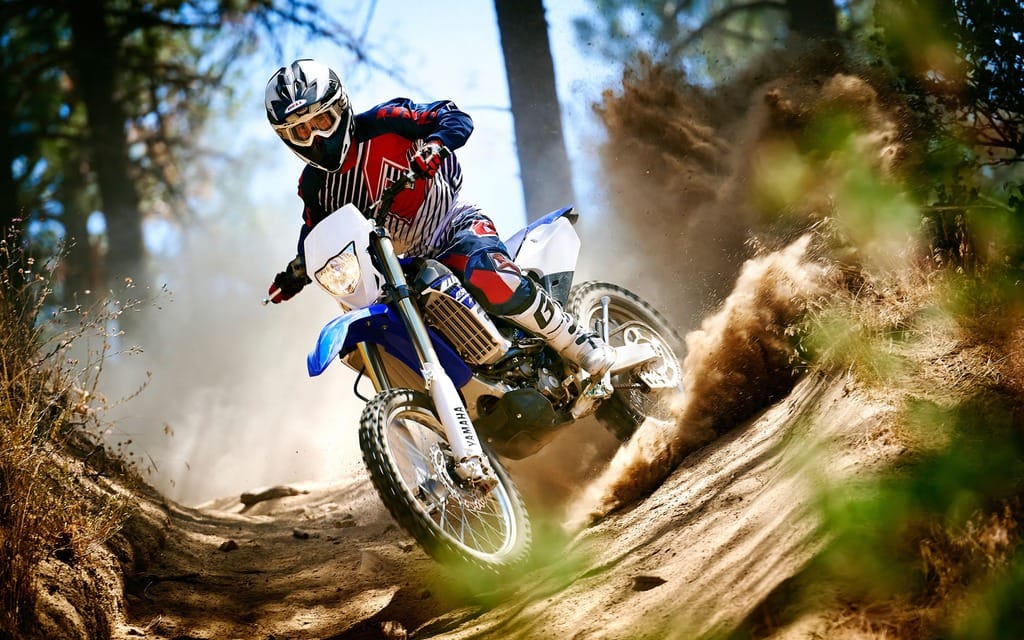 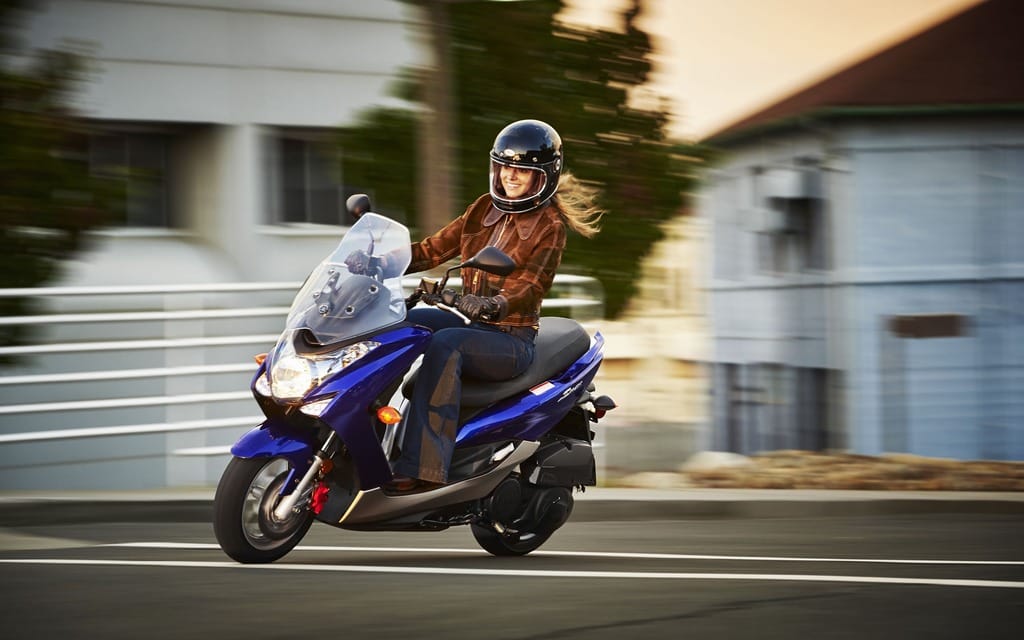 We love to meet at the YMCA

Hot tub for a cool bike?

This is a first, said Neil Graham, after he read the email from Yamaha announcing that they were planning to announce their 2015 lineup at the YMCA in Toronto. “Marketing people,” he said to James Nixon. “Always trying to think up clever ways to sell something. Are they going to assemble us in a sauna and roll in an R1? You know, ‘cool bike, hot room’?”

Graham emailed Yamaha’s Matt Fletcher to confirm which YMCA location the launch was to be held only to learn — with sheepish horror — that “YMCA” is corporate-speak for Yamaha Motor Canada.

Yamaha has been busy, steadily rebuilding after the post-2008 market disaster. Last year it debuted eight new models, highlighted by the Bolt and the FZ-09. This year the trend continues, with nine new machines.

The FZ-07 — a twin-cylinder variant of the FZ-09 triple — was an early release 2015 model, but it isn’t here today. The rest are, though they’re tucked away until the press presentation is complete. Technical specifics — too numbing to get into here — are provided for the WR250F and YZ250FX off-roaders, SMAX (sporty commuter scooter), Bolt C-Spec (cruiser-cum-café racer), FJ-09 (ADV-style variant of the FZ-09), R3 (entry- level sportbike) and the overhauled R1M, a full-zoot variant of the base R1. There’s a hush in the room when we’re told the R1M is next door — Graham can’t wait to see it; Nixon can’t wait to see it after lunch.

Post-sandwiches, the other bikes are ignored as the press filters in to see the R1M. Graham calls Nixon over and they pop it off the race stand. Rocking from side-to-side the R1M feels weightless. Claimed weight is 201 kg and horsepower 200. In early-release photographs the R1 and R1M appeared underwhelming, with the low- mounted headlights lending the bike the countenance of a slightly sad fish. But in the flesh the bike is stunning, the details exquisite. The carbon-fibre bodywork is so beautiful, so perfectly formed and finished, that it doesn’t seem like it can possibly be carbon fibre at all, but rather perfect sheets of stamped metal glazed in lovingly aged single malt. The aluminum fuel tank and swingarm are hand polished and clear coated and reflect the fluorescent lighting in Yamaha’s service room like candlelight on Beyoncé’s forehead. And then the R1M is started — oh my, may we have a moment alone?

And then we look at the cruisers, which disgrace the R1M in pound-per-dollar value. Notepads all: you’ll want to jot down that the V-Star 1300 Deluxe, the Stryker, and the Raider now have SE versions. Moving on, Graham throws a leg over the Bolt C-Spec, which differs from the standard Bolt in the adoption of a higher solo seat, clip-ons, and revised riding position (pegs are moved an inch higher and almost six-inches rearward compared to the standard Bolt). “Oh boy,” Graham says as he hefts it off the sidestand. “It feels like a tank.”

Nixon climbs aboard the 320 cc parallel-twin R3, which feels — at a standstill, anyway — every bit as good as it looks: sporty, upright, and relaxed. No trouble getting this one off the sidestand. Thumbs-up too for a sit on the FJ-09, which confirms its up-for-an-adventure posture. Then it’s lights-out and back down the winter highway home, and the wait for spring until that R1M — and the others, too, of course — can be readied for a ride.