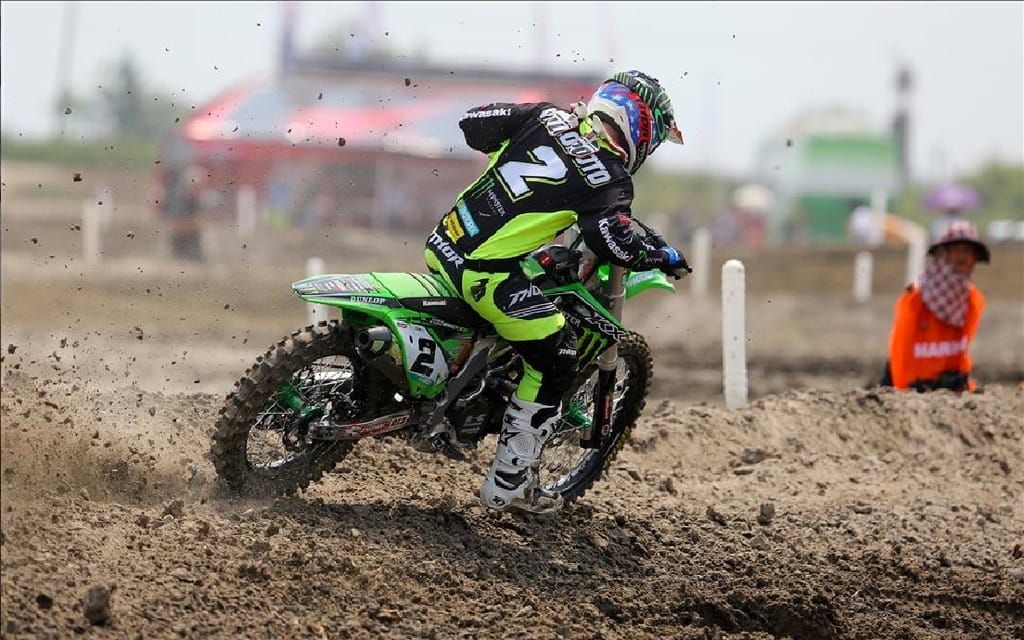 MXGP’s second round took place this past weekend in Thailand with Ryan Villopoto (Kawasaki) landing on the podium in both races.

The American took top spot in Race One – his first win in MXGP – beating out Clement Desalle (Suzuki) by a comfortable 10-second margin. Romain Febvre (Yamaha) finished third, almost 24 seconds off the pace.

KTM’s Antonio Cairoli claimed victory in Race Two with Desalle taking his second second-place finish of the day almost 10 seconds back. Villopoto rounded out the podium, finishing 22.788 seconds behind the winner.

“I think the track here is not only new for all of us, it is also a little more jumpy than the usual GP track and suited me,” Villopoto said. “There’s a strategy to GP racing but I’m gradually getting used to it. I got pushed around a little in the first few turns of race two but when I got to third I just tried to be smart, and at this stage of the season a safe third is better than risking a crash.”

Desalle sits atop the championship standings with 88 points. Cairoli is second with 79, with Husky’s Max Nagl just behind with 78. Villopoto’s strong showing in Thailand sees him jump to fourth overall with 70 points.

The next round of MXGP goes March 29 in Argentina.