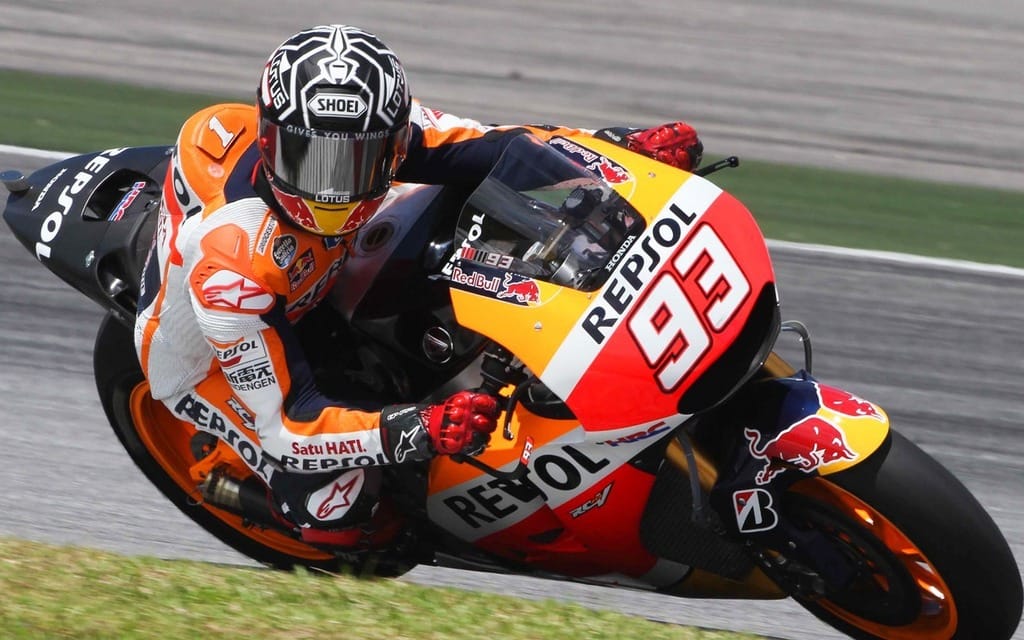 MotoGP’s first test of 2015 is in the books with Marc Marquez topping the timesheets in Malaysia. The two-time MotoGP champ ended last week’s three-day test with a best time of 1:58.867, a new record at the Sepang circuit.