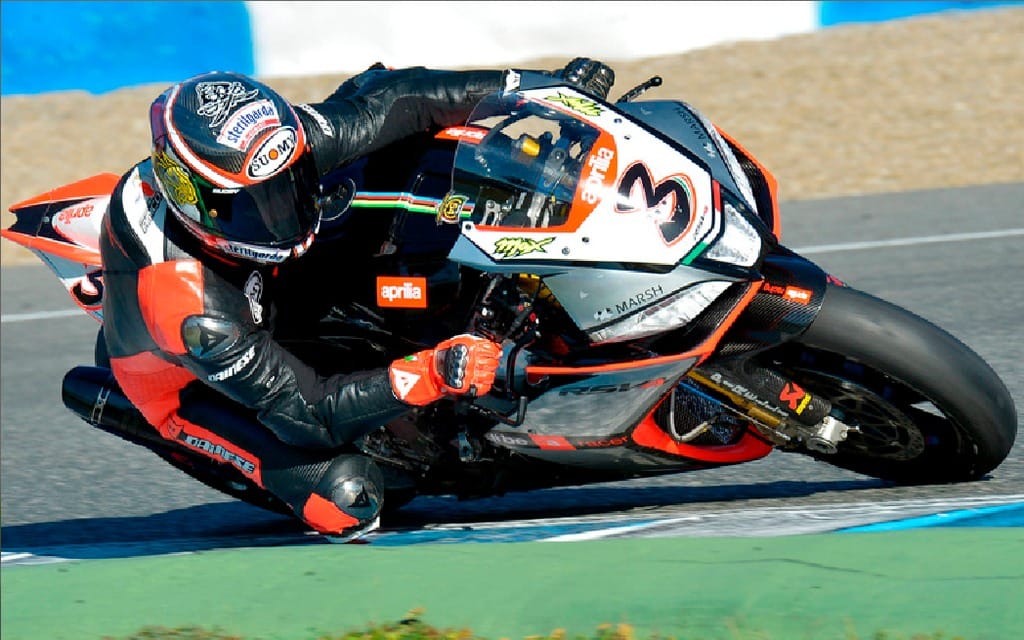 Two-time World Superbike champion Max Biaggi has been confirmed as Aprilia’s official tester for both its WSBK and MotoGP programs. The Italian has been retired since 2012, but recently participated in tests in Portimao, Portugal, and Jerez, Spain, for Aprilia’s WSBK effort. Future MotoGP tests are said to be in the mix.

“Max will test material on both fronts,” said Paolo Bonora, head of electronics development at Aprilia, as reported on SportRider.com. “First, he needed to shake off rust on the Superbike.”

“At the beginning of these tests I had a bit of trouble getting back in the groove,” Biaggi said, “but that’s normal after a long break. Little by little I began to feel more comfortable and my times began to show it, so my enthusiasm also increased. In the future I expect to put in some faster laps so I can give accurate indications in ‘race mode.’”