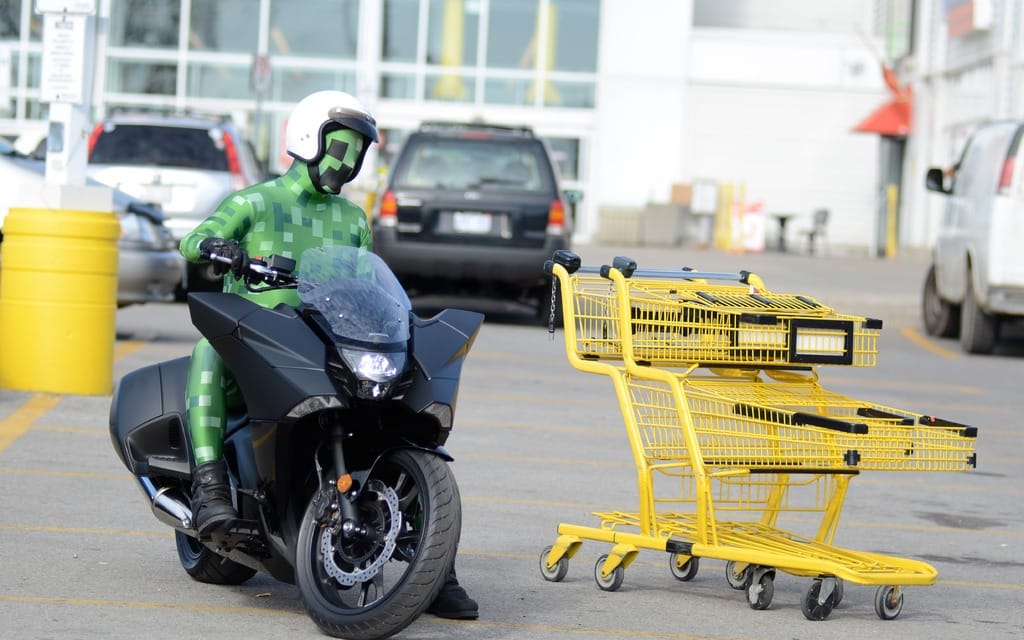 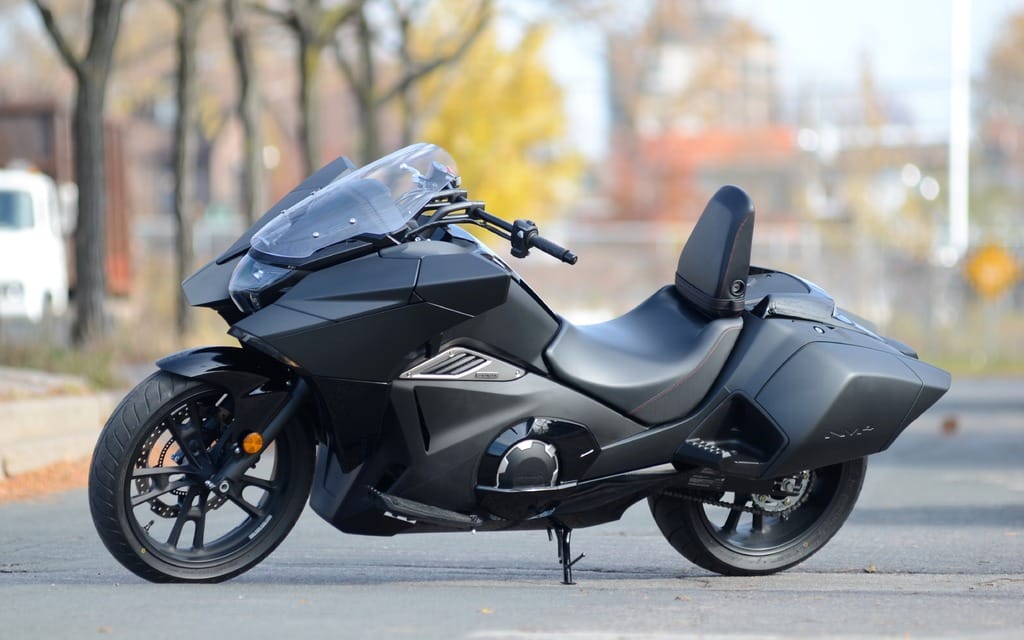 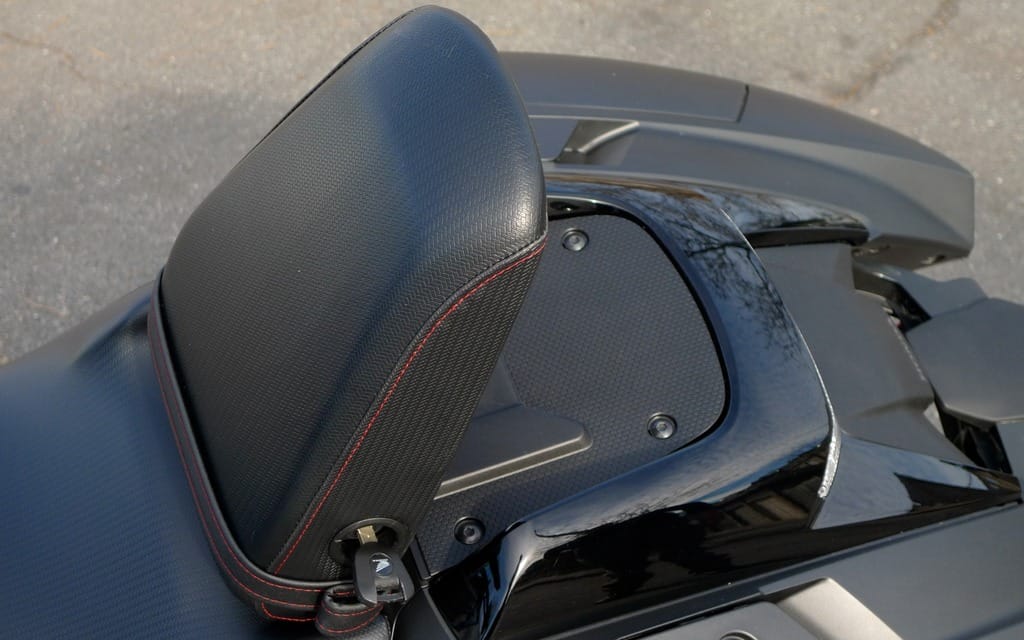 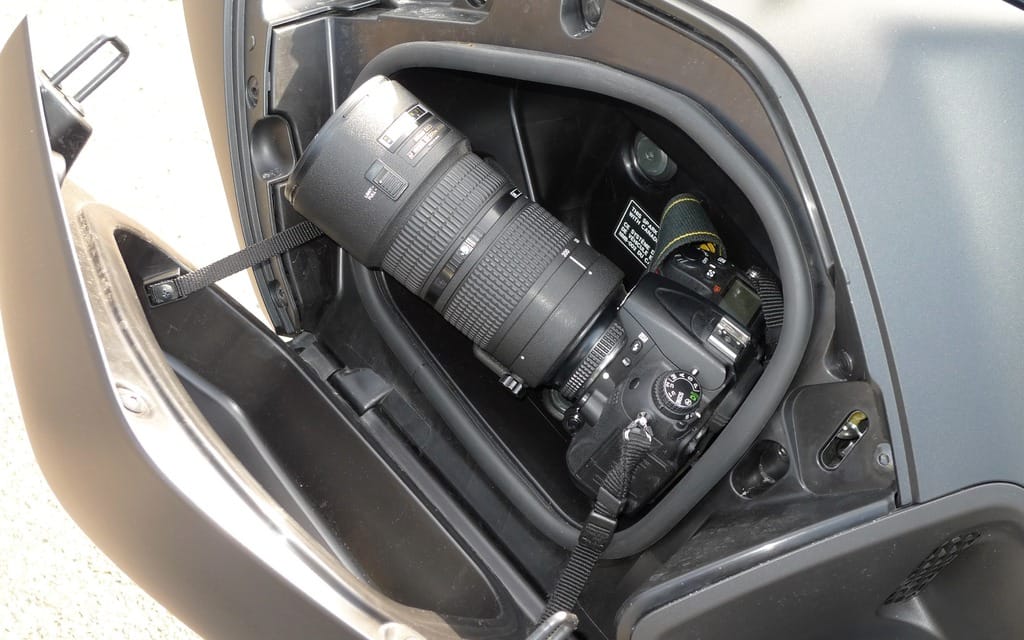 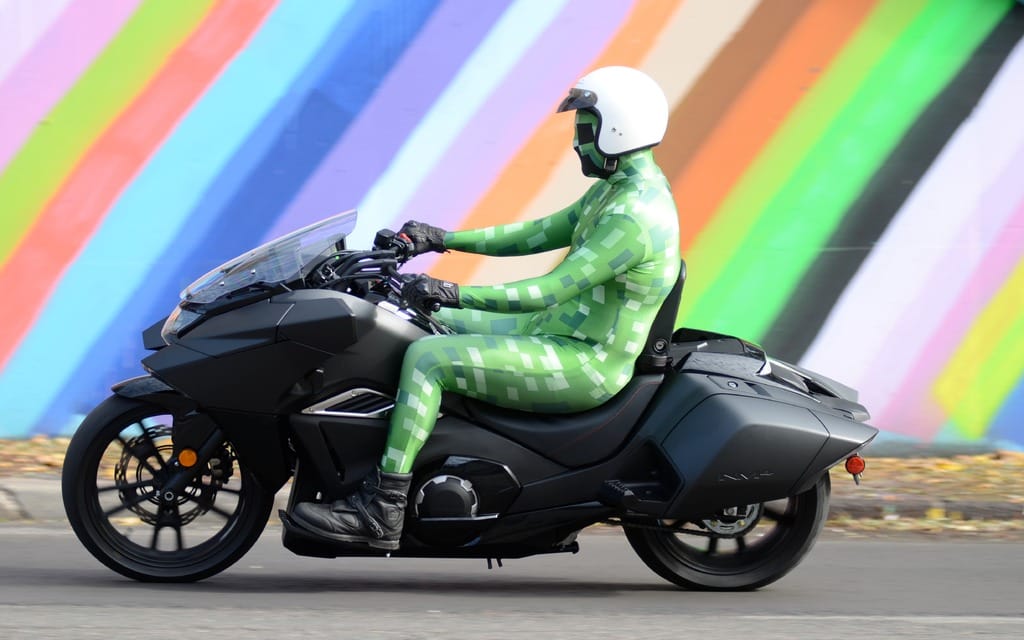 Out of This World, or Just Otherworldly?

Honda’s NM4 boldly goes. But where is it headed?

I’m a bit different. In my primary form I’m an elemental being of pure energy. I spend my time floating aimlessly through space, which is very beautiful. (The way a sunset ignites the rings of Saturn is breathtaking — or would be if I could breathe.) But the inky interstellar blackness can be incredibly lonely.

It’s difficult to find companionship while circumnavigating the cosmos; single-cell organisms flinging their flagella in extraterrestrial ooze are poor conversationalists. That’s why — once I began intercepting stray audio and video signals from Earth — I was thrilled to learn of your planet’s semi-intelligent existence.

I was particularly drawn to the Japanese animated film Akira. The friendship of the Kaneda and Tetsuo characters resonated. I only caught the first few minutes before drifting into a debris field and losing the signal, but that was enough to learn of the main unifying factor in their friendship: motorcycles.

I made my way to your planet, and, after several failed attempts to pull myself into a loose physical form (which is why, to your eyes, I look pixelated and gelatinous) I set out to find a motorcycle. I was unprepared for the immense variety available. Sport motorcycles are insanely over the top for Earth’s requirements; if I wanted to go a million miles per hour I’d head back into space. Retro motorcycles are sad, owned as they are by men consumed by a period of time only just passed. Touring bikes are too big, scooters too small and adventure bikes too tall. What’s an alien bundle of energy to do?

Then I see it, Kaneda’s ride from Akira. It’s called the Honda NM4, and it makes me nostalgic (like those old men and their retro bikes) for abandoned escape pods that float listlessly in space. This will be the ideal vehicle for fitting in and making friends.

I’ve learned from stray video matter called Friends, about a group of New Yorkers, that sociable humans frequent cafés — like Central Perk — to meet and bond while consuming liquid. I board my NM4 and begin the ignition sequence. Turning the key primes the system, and pressing the starter button brings the NM4’s 745 cc liquid-cooled parallel twin gently ticking to life. The bike has a six-speed dual clutch transmission (DCT) with two automatic shift modes — normal (D) and sport (S). There’s also a manual mode, which allows an alien to shift using trigger-style buttons on the left switchblock — but why over-involve myself in the mechanical process of riding the motorcycle? Better to let the bike do the work. I sit back, relax, and enjoy the ride as I set off in search of caffeine and companionship.

And I mean sit back. The NM4’s pillion seat, when not in use by a passenger (as mine isn’t — no friend yet!) can be flipped up to act as a backrest that’s adjustable between three positions. The pilot’s seat is low (650 mm) and the footboards well forward, which produces a riding posture that puts a lot of pressure on my posterior (whoever pioneered this position had sadistic sentiments). Using the backrest alleviates some of the discomfort, though it makes me look slightly ridiculous, like I can’t hold myself up.

The NM4 glides smoothly through city traffic as I slowly twist the throttle. Accumulating speed, the DCT works its way up through the gears, the shifts quick, slick, and all but seamless. The same holds true for downshifts as I slow using its single-disc brakes (320 mm rotor with two-piston caliper in front and 240 mm rotor with one-piston caliper out back — whatever that means). Stopping power, while less potent than reverse thrusters, is adequate, and antilock brakes are standard. The instrument panel is legible and includes readouts for fuel, time-of-day, speed, revs, gear, mode, distance travelled and fuel consumed.

I stop at a coffee shop named for a dead hockey player. What luck! A group of cruiser riders! I pull the NM4 into a parking space beside their bikes. They recoil. I disembark and gurgle a greeting. Their eyes dart past me, fixed on the NM4. They shake their heads and turn away, ignoring the bike and me. It’s a disheartening experience, made worse by the mildly poisonous liquid in the paper cup.

Enough of this — I need to clear my head. I select sport mode and expel some steam on the city’s faster thoroughfares. This bike is long, low, and definitely not slow. Sport sharpens acceleration and allows the engine to rev more freely than in normal (D) mode. At one point I see 140 km/h, with plenty more to come. The exhaust note becomes more aggressive, too, but is still a soft purr compared to the frightening blast of noise from the cruiser that passes me. The NM4 carries its 255 kg low, which, coupled with a sensible suspension setup (43 mm telescopic fork and single pro-link shock—whatever that means) gives the bike stability. It changes directions in a smooth and swooping manner and allows a decent amount of lean before footboard feelers touch down. After spirited riding, I understand why humans are enamoured with motorcycles: the sound, the speed, and the rush of pavement below my feet — if you could look past my pixels, and if I had a face to have a mouth on, you’d see a smile.

Eventually my smile wanes. Using the NM4 to fit in and find a friend is backfiring. The bike elicits more open-mouthed stares than smiles, and the people who stop to talk most often wonder at its weirdness. By day’s end I’m dejected, and find myself alone in a small, quiet café. (Where the coffee is good. Why is no one here?) Maybe I’m just too different to fit in — and maybe the same can be said for the NM4. Perhaps Earth isn’t ready for either of us. After I finish my espresso, I’ll revert to pure energy and float back into the luminiferous aether. As for the NM4, I’m not sure what will become of it.