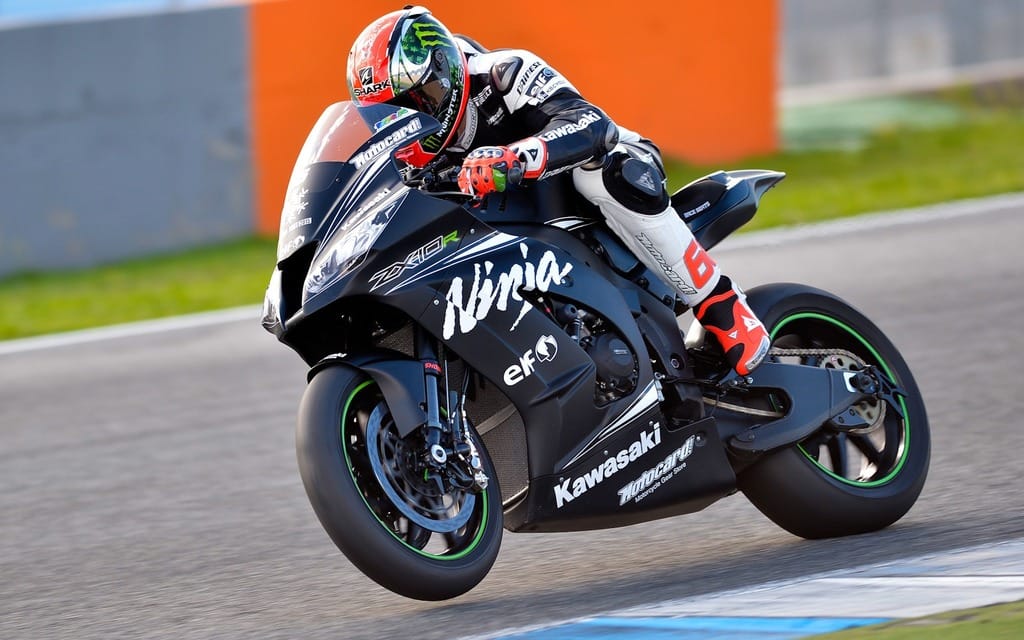 Kawasaki Racing has announced a sponsorship deal for its World Superbike team with Monster Energy for the 2015 WSBK season.

The American energy drinks maker is no stranger to motorcycle racing, backing MotoGP’s Tech 3 Yamaha team, as well as numerous individual racers in various disciplines. A relationship with Kawasaki is also not new, as Monster Energy is a longtime sponsor of Kawasaki Motocross and Supercross teams.

“To race and to win is not only what Monster Energy stands for, it’s what we expect,” said Tommy Hayden, Monster Energy manager. “Monster Energy has experienced great success at the highest levels of motorcycle racing and now with the exciting addition of the Kawasaki Racing Team to our global racing program, we look to excel in the most prestigious production-based motorcycle series in the world.”