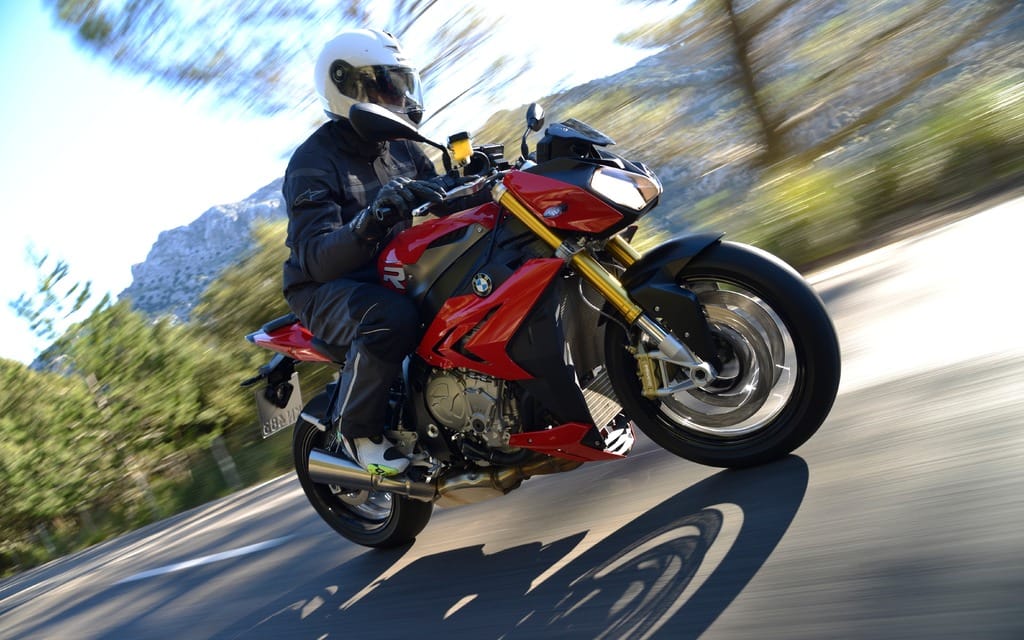 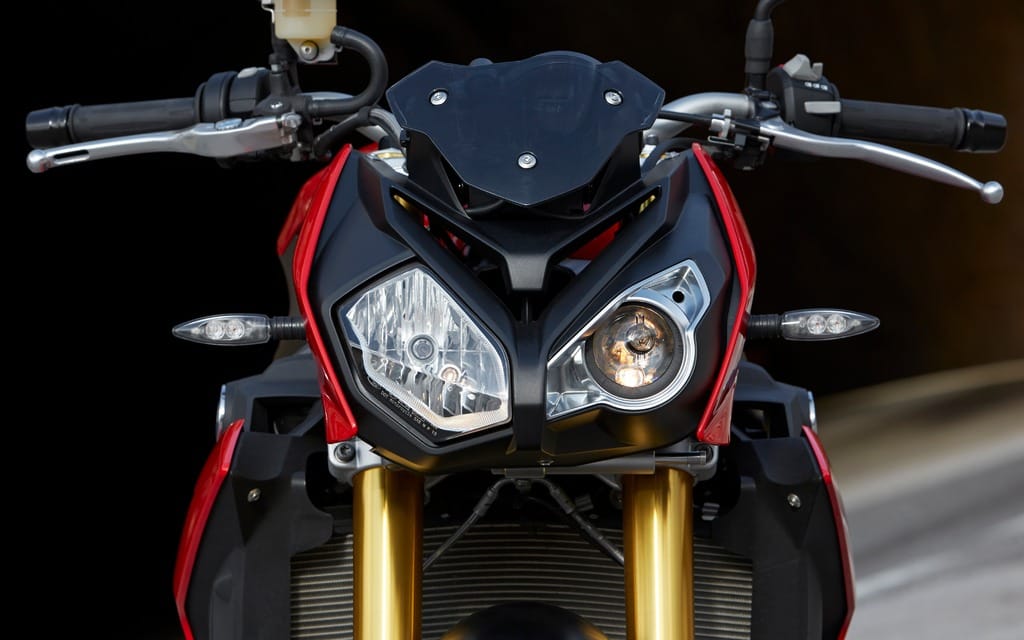 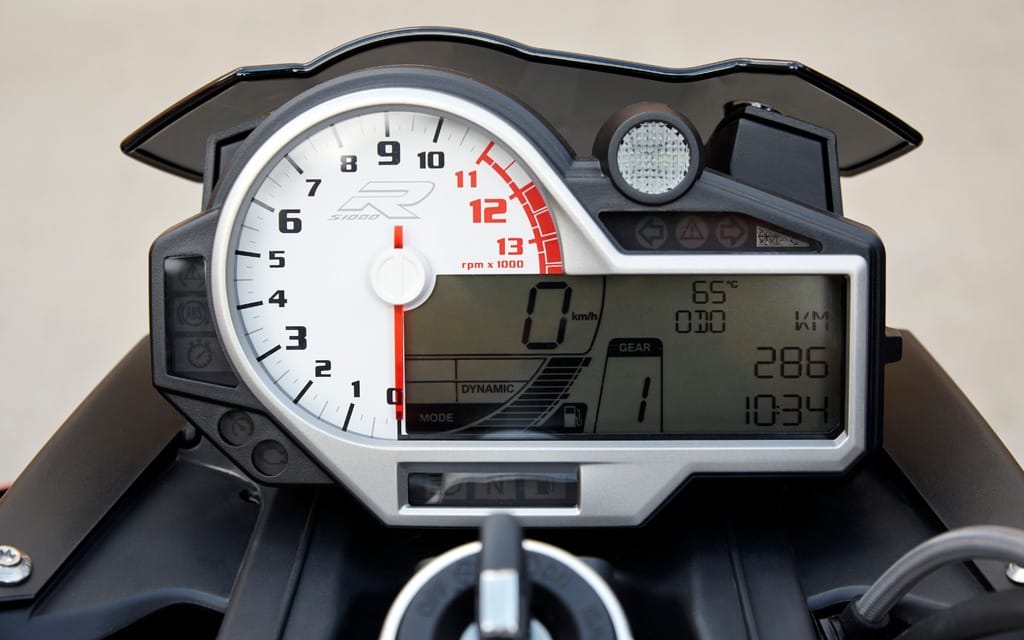 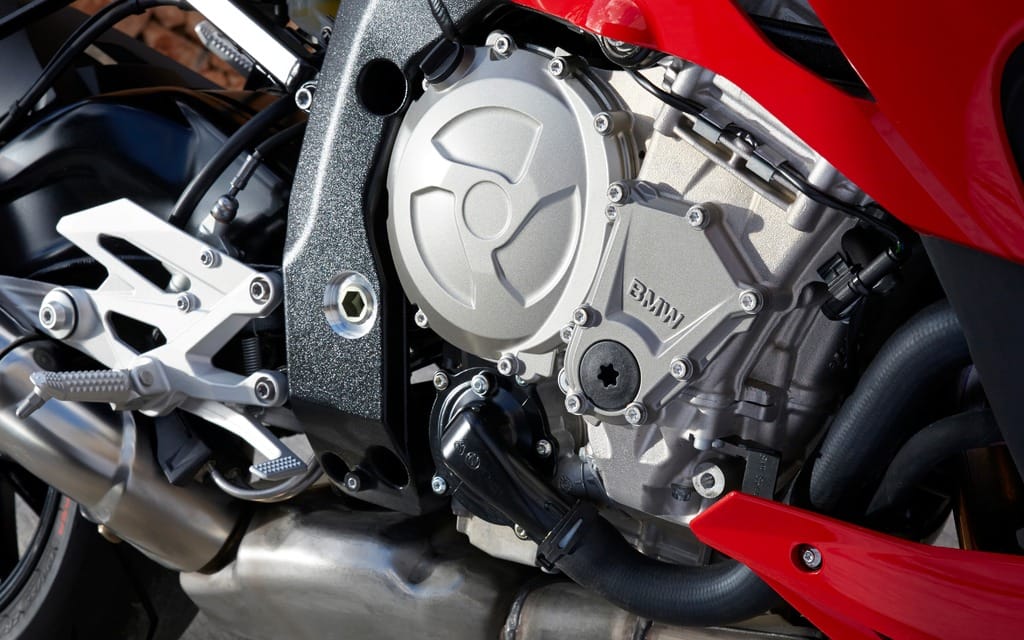 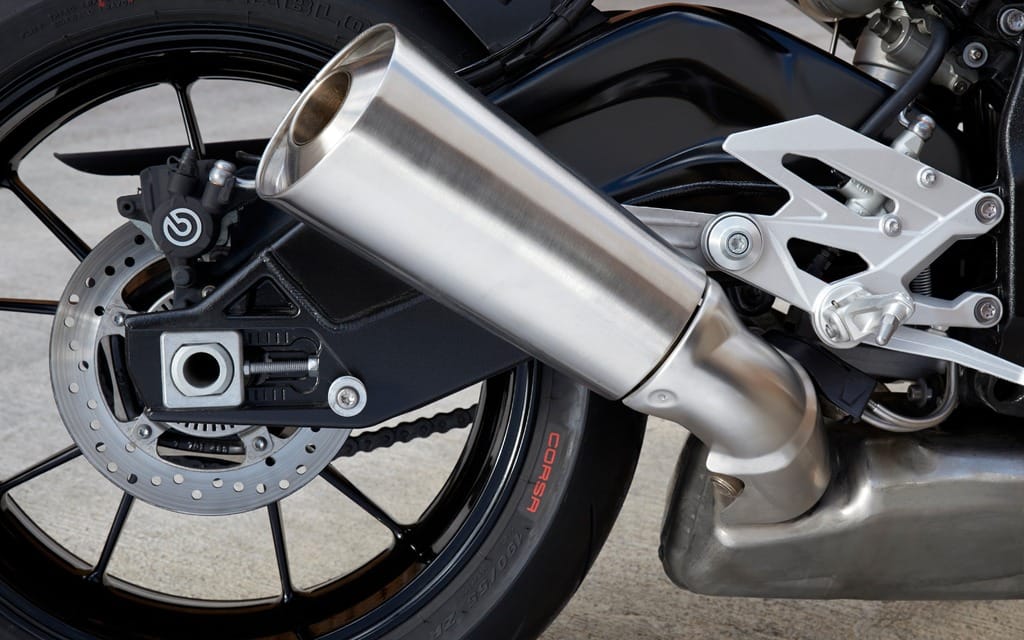 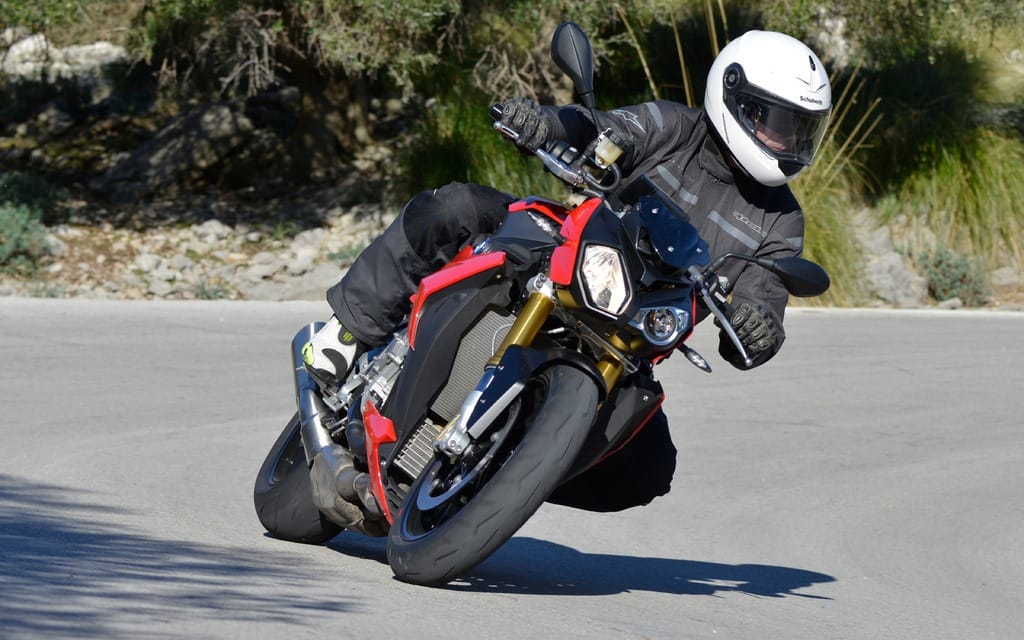 BMW’s new superstandard is a work of furious refinement

The American raconteur, poet, and obsessive motorcyclist Frederick Seidel, in noting the predilection for enthusiasts to label the fastest motorcycle of their generation as just too fast, wryly observed that this is true only until we have a summer to get used to the sensation of this new speed. It’s not so far off what happens when you upgrade the brain in your computer. For a few days its speed astounds, but by the end of the week you’re irked that manipulating files takes any time at all. I’m with Seidel on this, with one caveat: I’m still not used to the power of BMW’s S1000RR superbike.

It’s as if BMW made it so righteously powerful as a way of apologizing for its (unusually for a BMW) conventional architecture. An inline four-cylinder engine in an aluminum frame with a telescopic fork and a dual-sided swingarm is the domain of the Japanese, after all. (Short digression: a BMW engineer, when I shamed him about the telescopic fork, admitted that they had fitted BMW’s Telelever front end to a Suzuki GSX-R1000 in the very early stages of the S1000RR’s gestation. Trouble was, none of the riders liked it very much, as it didn’t have the feel at the limit of adhesion that the telescopic unit did.)

Most superbikes — Aprilia’s RSV4, Honda’s CBR1000RR, and Yamaha’s R1, to name three — make rear-wheel horsepower in the mid 150s or the low 160s. But the S1000RR (even its name is disappointingly conventional. Bezirksschornsteinfegermeister — which translates to “head district chimney sweep,” would have been a more inspired choice) makes a belting 180-plus horsepower. Stock. It makes so much power that Mopar Canadian Superbike boss Colin “Plum Crazy” Fraser had to boost the series maximum allowable horsepower limit to 190 to accommodate the BMW.

Wick the throttle open on the S1000RR and your normally snug helmet rattles about on your head like a five-gallon pail, so violent are the winds at speed. Rolling undulations in rural roads — or Mosport’s back straight—become ramps destined to fling you to the heavens. The acceleration of most motorcycles wanes as 200 km/h is breached, but not the S1000RR’s. It claws its way to 250 km/h with unrestrained fury. There is no production motorcycle that can match it, and I’ll admit that it’s more pure speed than I can handle.

The Germans at BMW are very nice people. They speak English better than we do but still I don’t trust them. I don’t trust them because I’m about to ride tight, twisty, slippery roads on the fairing-less S1000R (note the dropped “R” from superbike spec. The letter R is an expensive digit, as the S1000R, at $14,700, is $2,950 less expensive than the S1000RR). I only know what I’ve been told — that the engine has been detuned for a peak of only 160 horsepower — but, knowing BMW, there’s a chance that the bike will have 160 actual horsepower. Oh, and the roads are slippery.

Nobody can do somber like the Germans, so when they announce that the roads are exceptionally slippery, I swallow — hard. Traction control and ABS are standard, but BMW has warned us that preceding groups of journalists found pavement adhesion to equate to a freshly waxed linoleum kitchen floor covered with Froot Loops to a depth above the ankle. (They may not have used those actual words.)

Sadly, the BMW communications department wasn’t exaggerating. I round a corner early on our ride at a speed I believe leaves plenty of room for error and the bike wiggles sideways at both ends. I’m not close to crashing, but that dry pavement could offer so little grip is astounding. Ski slopes paved in a similar manner could be used year round, ending, forever, a dependence on snow. If this bike didn’t have Automatic Stability Control (ASC) or ABS we’d all be dead by sundown. ASC, which is standard, has two modes: Rain and Road. The Rain setting limits horsepower to a claimed 136 and both ASC (which is traction control) and ABS (which is standard) intervene early. Since I’ve ridden black ice with more adhesion than this paella-and-tarmac mixture, I select Rain and tippy-toe onward.

Once I relax enough to take a full breath, what impresses most about the S1000R is its progressive and smooth fuelling. Former BMW World Superbike rider Troy Corser, in the early years of the S1000RR racer, remarked that the fuelling was so abrupt on his bike that he was afraid to do a wheelie. For a rider of that caliber to confess such a fact is telling. (If you’ve won a superbike title wheelies come as easily as big-city parking tickets.) BMW, to the astonishment of racing pundits, had decided to forgo a commercially available electronics package in lieu of developing their own. They took it on the chin for a few years, but eventually figured it out (and once they did, they got out of racing. Take that, those of you who claim that racing serves no purpose).

At a coffee stop I comment to a fellow hack about the abundance of power but then notice a half-hour later that I’m still in Rain mode. Oops. I swallow hard. After lunch we’re told that the slimy roads are behind us, and before I set out again I switch to Road mode. The difference in power is noticeable, but not terrifyingly so. It isn’t the sheer amount of power that makes such a difference on a motorcycle but rather it’s the way in which it’s delivered. It’s been a few years since I’ve ridden an S1000RR, but, based on this bike, I’m willing to bet that BMW has made significant strides in its electronics package for the superbike.

Chief designer David Robb (he the king of asymmetry) may have departed BMW, but the S1000R bears his legacy. That the right side of a BMW doesn’t look like the left side is standard fare, and if I squint I see a drunken sea captain in the fascia (Arrr Matey!—or to be model specific—Rrrr Matey!). When I ask BMW what concessions were developed into the RR superbike in anticipation for the naked roadster that would most certainly come, I was shocked to learn that they had never thought of a naked bike as an eventuality. Given this oversight, the bike is surprisingly handsome, though, like nearly every bike in this age of mass centralization, the bulbous exhaust pre-chamber beneath the engine looks like a tin colostomy bag.

With the slippery roads survived, I chase Costa Mouzouris down a winding road in dappled sunlight, which is spicier than the sunlight we get at home. Late in the afternoon, after we collect disgraced former CC columnist David Booth, who sailed past a well-marked fuel stop as if in some kind of partially-cognizant coma, we crest a hill into the setting sun and I wind on all of the 160 horsepower. My, my, such fury. But such well-modulated fury from a motorcycle that knows that power without control is no kind of power to have.