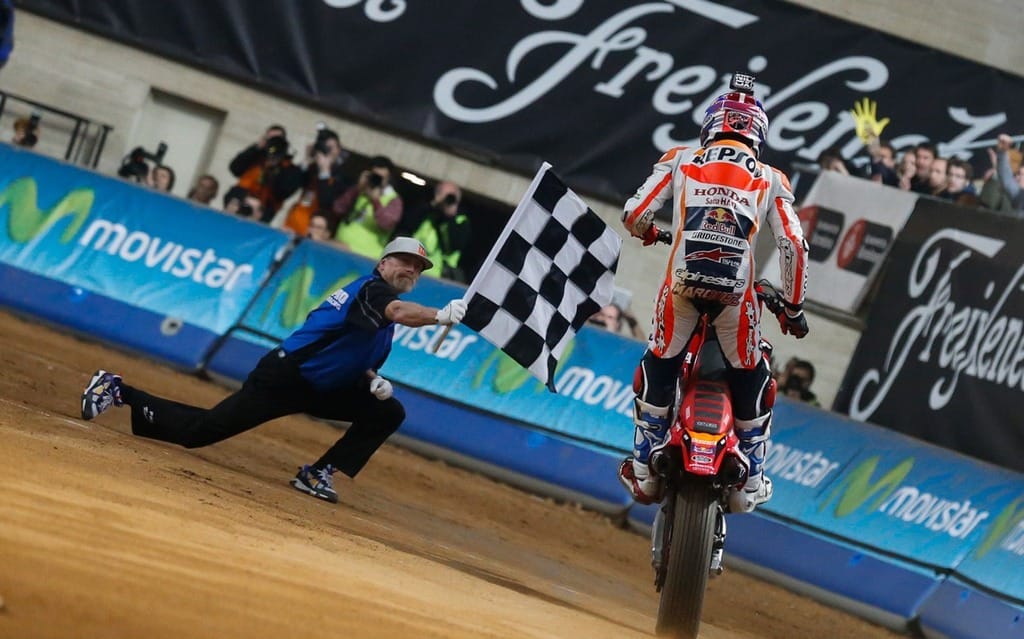 Brad Baker, the inaugural Superprestigio champion, suffered a heavy crash in practice and had to withdraw from the event. Even so, Marquez didn’t have it easy. Jared Mees, the 2014 AMA Pro GNC champion, was also competing, along with fellow American Kenny Noyes. Noyes led early on in the Superfinal, though Marquez and Mees got past halfway through the 12-lapper. Order through the top three stayed the same for the race’s remainder.

“I prepared for this race like a MotoGP race,” Marquez told CycleWorld.com. “I was disappointed because Brad was injured this morning, but in the end with Jared we did a really good race. It’s nice to ride with the best of dirt track because you can learn many things.”