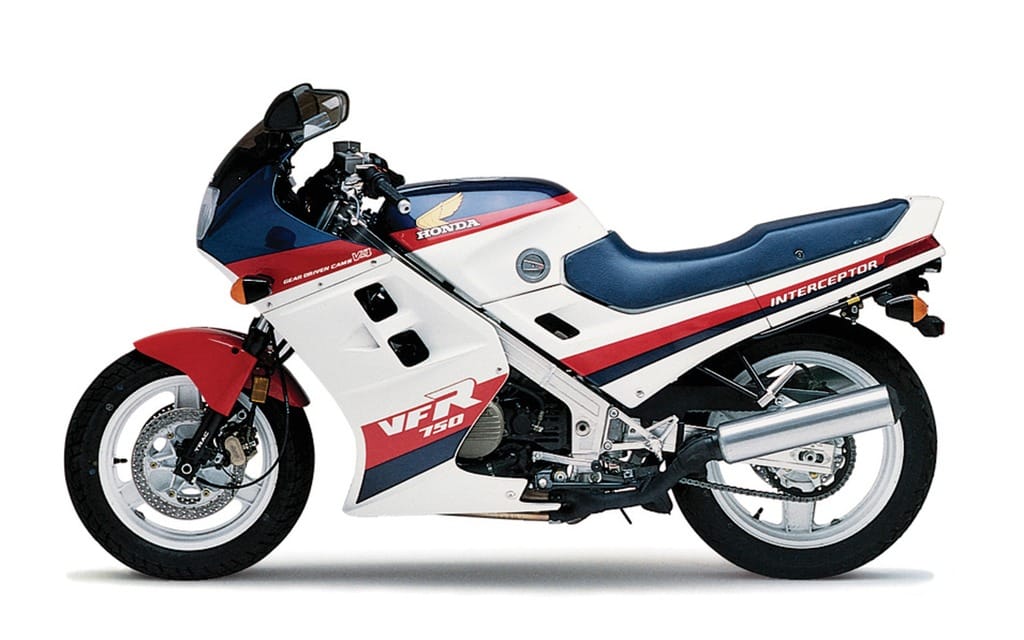 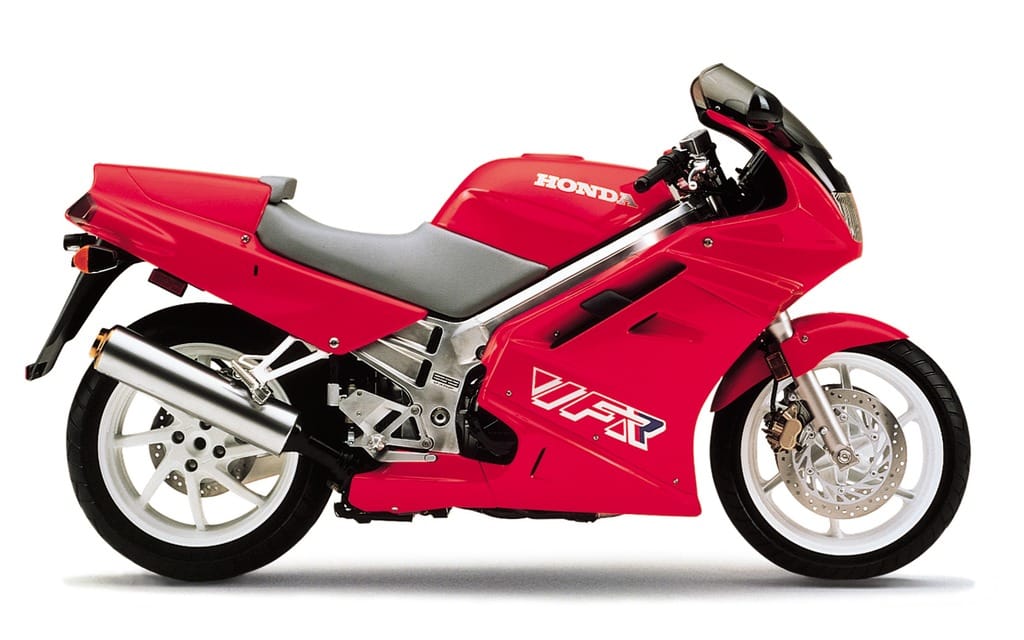 Life of a Legend

From superbike beginnings to setting the sport-touring standard, Honda’s VFR charts a course to civilized speed

Like many innovative designs, the Honda VFR came in response to a problem. By the mid-’80s certain Honda models had garnered a reputation for unreliability—notably the VF750F, whose liquid-cooled V-four had proven particularly problematic following the bike’s launch in 1983. Rather than shun the configuration, Honda set about fixing it.

According to Roland Brown (in his modestly titled The Ultimate History of Fast Motorcycles), the VFR750F (known as the Interceptor in the U.S.) was launched to an unprecedented level of scrutiny. “It had to be good,” Brown writes, “and even more importantly it had to be reliable. The VFR was both of those things and more.” The VFR’s 748 cc V-four kept the VF’s 90-degree, 16-valve layout, but received lighter valves, pistons and con rods. This, along with Keihin CV carburetion, helped up output to a claimed 105 hp (15 more than the VF). A new lightweight aluminum twin-spar frame, as well as high-quality suspension and brakes, “added up to a brilliantly balanced superbike,” according to Brown.

Despite praise, Honda didn’t rest the VFR on its laurels. In 1990 the VFR received more aggressive styling as well as a new, race-derived frame and single-sided swingarm. However, with the increasing popularity of lighter, sportier inline fours, at this point Honda transitioned the bike into the mid-sized sport-touring category. Big changes came in 1998 with the introduction of the VFR800. Engine capacity increased to 782 cc, which upped output slightly to a claimed 108 hp. Also the mill was now fuel- injected, and produced better torque throughout the rev range—all the better for sport touring.

And then there was VTEC. In 2002 the VFR800 was completely revamped, most notably incorporating variable valve technology (VTEC)—a first for a mainstream Honda motorcycle (though the system had been used in its cars for some time). The VTEC system uses hydraulics to prevent eight of the engine’s 16 valves from opening below 7,000 rpm. The result is an engine with a split personality: the solid low-rev torque of a two-valve with the high-revving response of a four-valve. According to Brown, “the VTEC motor’s two-valve mode made the V-four quieter and more refined at low revs, as well as more responsive.” But, said Brown, when VTEC opened the floodgates there was “an abrupt and thrilling burst of power and noise that seemed improbable from such a refined motorcycle.” Impressive, to be sure, though some found the abruptness less than thrilling. A perusal of online VFR forums shows owners are divided on the system. Some love the surge of power, others tell stories of bikes becoming unsettled mid-corner. Still, as Brown writes, “the concept of a sports-tourer inevitably involves compromise. With the addition of VTEC, Honda’s V-four was more capable than ever of providing the best of both worlds.”

Honda caused a stir at the 2008 Intermot show when it put a concept V-four on display, one that looked to be a larger, more aggressive version of the conventional VFR800. When the production VFR1200F was unveiled a year later, reception was mixed. It retained the V-four format, though the larger displacement engine was otherwise all new and lacked VTEC. A sealed crankcase system, borrowed from the RC211V MotoGP machine, reduced pumping loss, while a compact “unicam” valve train allowed for shorter and smaller cylinder heads. The gearbox was also redesigned, with a manual version on offer, as well as one with an automatic dual-clutch transmission (DCT). DCT includes two automatic modes and a manual mode with paddle- style shifters.

It appears Honda is returning to the VFR’s roots with the release of the new VFR800F. Honda says the latest version of the V-four is retuned for even more low- and mid-range power. VTEC has returned, but this time, claims Honda, with a softer transition. Style-wise, the VFR800 has reverted to a more traditional silhouette, a low single muffler replacing dual underseat exhausts. It looks much like the VFR of old. And that’s just fine with us.