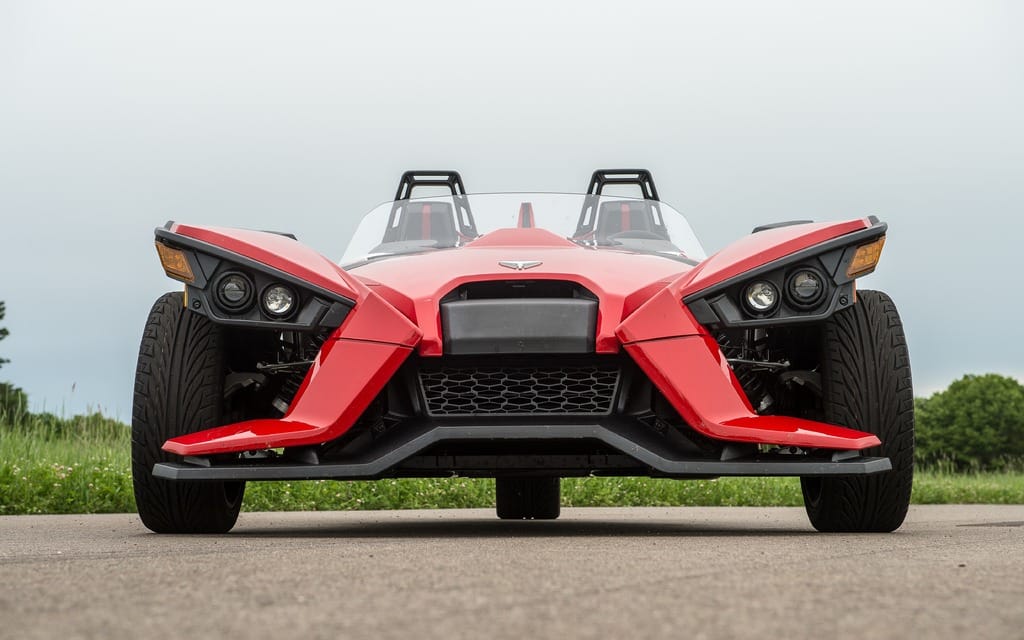 Everything’s bigger in Texas – except the definition of a saddle.

The new Polaris Slingshot, a side-by-side three-wheeler which falls under motorcycle licensing standards in many jurisdictions, cannot be registered as a motorcycle in the state of Texas, according to a report on Motorcycle.com. Approval had previously been granted, but was revoked early last month. The reversal apparently boils down to semantics.

“The Texas motorcycle definition refers to a ‘saddle’ which has been interpreted as requiring the seat to be between your legs, which is not the case with the Slingshot,” says Polaris. This prevents the vehicle from being licensed in Texas because the Slingshot lacks a lot of features necessary to be considered a car (crumple zones, for example).

You can bet Polaris is scrambling to resolve the issue. But for now, would-be Slingshot-ers in the Lone Star State seem to be out of luck.