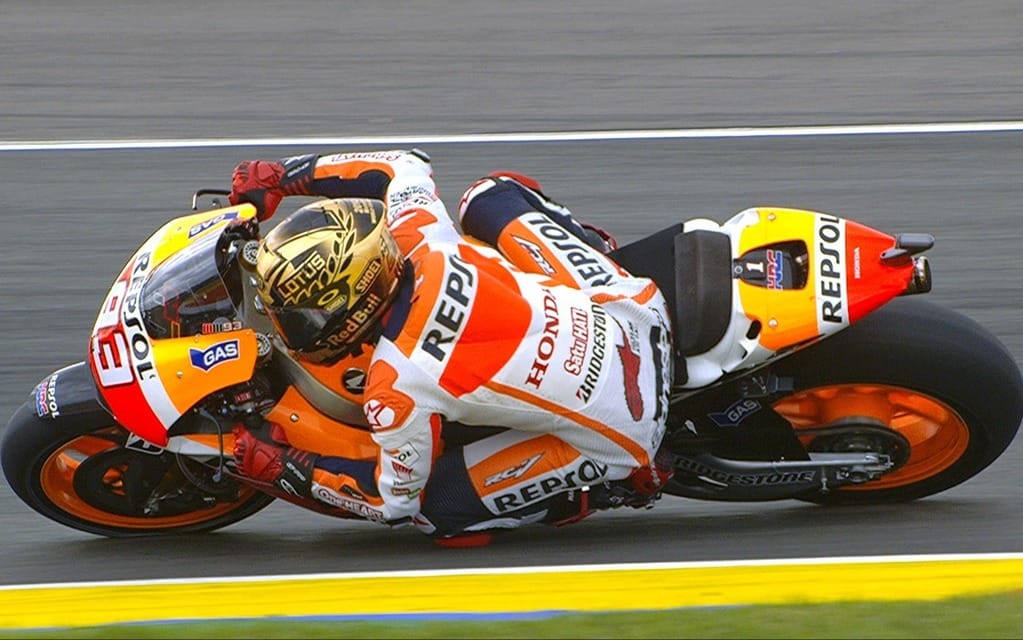 MotoGP champion Marc Marquez (Repsol Honda) took his 13th win of 2014 at the season finale in Valencia, Spain. In so doing he set a new record for most wins in a single premiere class season, after equaling Mick Doohan – who won 12 races in 1997 – at the previous round in Sepang.

Valentino Rossi (Movistar Yamaha) was the only rider even close to Marquez on Sunday, and even then finished 3.516 seconds behind the young Spaniard. However, runner-up was good enough to secure Rossi second in the overall championship (his teammate Jorge Lorenzo took third overall). Dani Pedrosa (Repsol Honda) finished third in the race, a full 14 seconds behind his teammate. For full results from Valencia, click here.

“Today I am really happy,” Marquez said. “I thought about Aragon when it started raining. I had some doubt about whether to go in or not. Today we chose the best strategy. Now we have to enjoy 2014, it will be difficult, it not impossible to repeat this next year.”