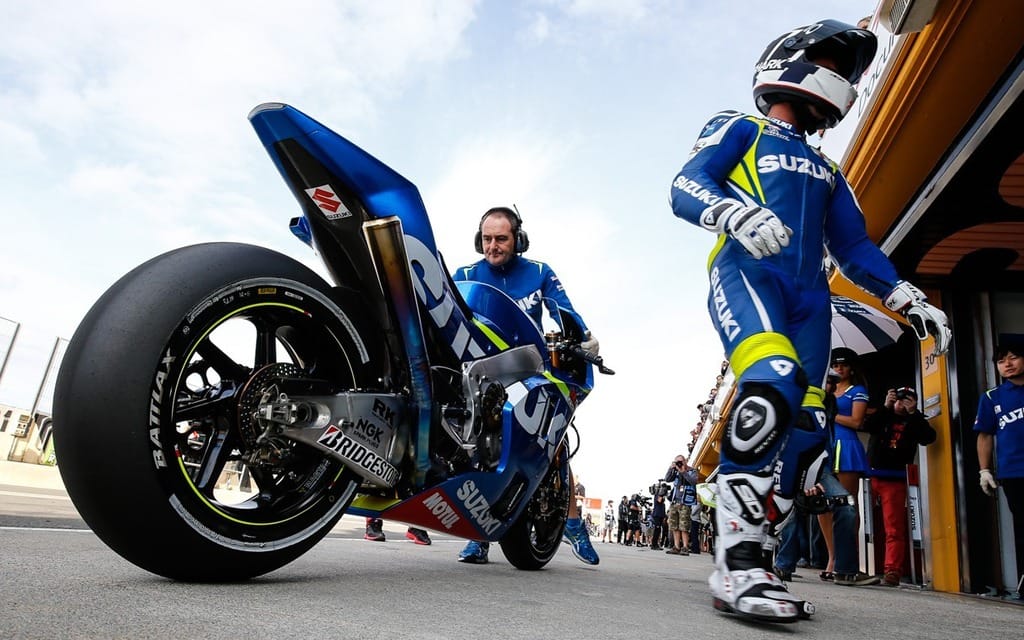 Suzuki officially returns to MotoGP with a full program in 2015, but before that – this very weekend! – will field a wild card entry at the Gran Premio Generali de la Comunitat Valenciana (say that five times fast).

Randy de Puniet will ride for Suzuki in the 2014 season finale. He’s been Suzuki’s official test rider this year and sees this wild card entry as recompense for his hard work. “I’m ready for it because I miss racing,” de Puniet tells MotoGP.com. “I am excited about the idea, but we are not setting any targets in terms of results. I’m not under any pressure. Whatever happens, it won’t change my future. For me this race is a reward.”

In 2015 the Frenchman will split his time between racing for the Crescent Suzuki team in World Superbike and continuing to test Suzuki’s MotoGP prototype.