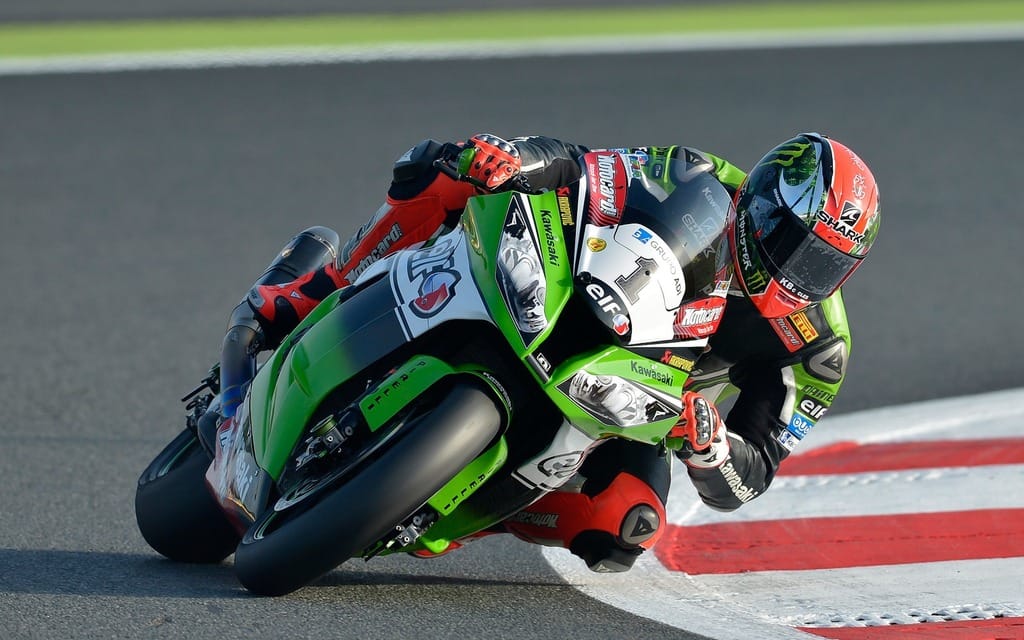 Kawasaki’s Tom Sykes could clinch his second successive World Superbike championship this Sunday at the Losail International Circuit in Qatar. If he does defend his 2013 title, he’ll be the first to do so since fellow Brit Carl Fogarty won back-to-back titles in 1998/1999.

Sykes has won eight times this season but has only made the podium once in the last four races. Meanwhile, Aprilia’s Sylvain Guintoli has been consistently outscoring Sykes and has closed the gap to just 12 points.

Even so, Sykes is confident. “It has come down to crunch time and there is a lot at stake at this meeting,” Sykes told Crash.net, “but I am just looking to go out and do what we normally do. There has been some input from the weather in the championship recently, which obviously made it closer than it perhaps would have been, but the long and short of it is that we are the ones with the advantage, so we need to make the most of that.”