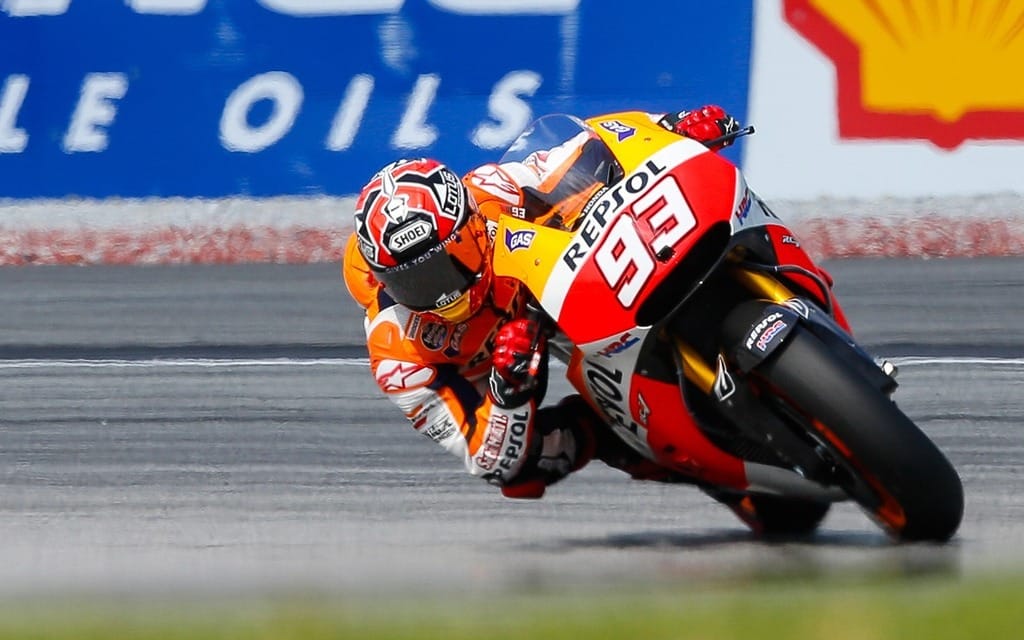 Repsol Honda’s Marc Marquez claimed his 13th MotoGP pole position for 2014 (a new record for poles in a season) with a time of 1:58.791 seconds (a new record pole time for Sepang).

“I’m happy to have broken the record,” Marquez said (though we’re not sure which record he was referring to). “Maybe pole positions are somewhat insignificant because they don’t give you any points, but you achieve them by being the fastest rider over a single lap. That doesn’t mean that you will be the fastest in the race, of course, so the most important thing is what happens tomorrow.”

Winning won’t be easy, especially considering fellow Repsol Honda rider Dani Pedrosa was just 0.182 seconds off the pace. “It was a good qualifying session,” Pedrosa said. “We will try to have a good race, because the last two have not been great for us. We have a strong desire to take a good results, and we also need one if we want to finish runner-up in the championship, but the first thing that we have to do is push 100 percent tomorrow.”