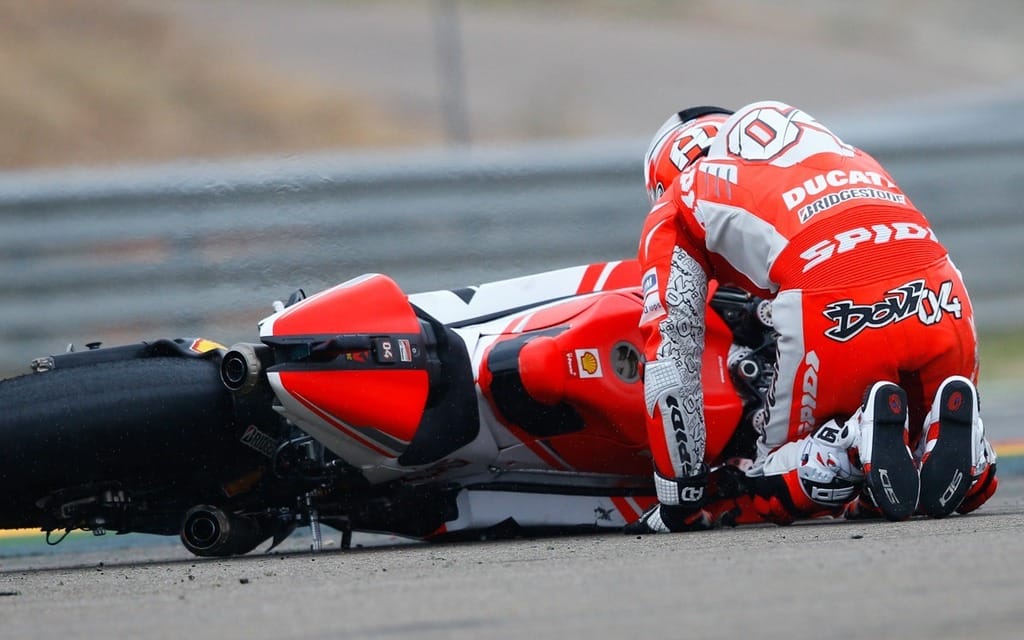 The MotoGP Safety Commission met at the series’ last round in Motegi, Japan, with two key safety issues being brought to the table. According to Crash.net, Dorna director Javier Alonso says that artificial grass on the verge of the track will be phased out and flag-to-flag rules reconsidered.

The issues were given prominence by a crash-strewn round at Aragon. Notable incidents included Valentino Rossi having a large off after touching the fake turf, as well as Repsol Honda riders Marc Marquez and Dani Pedrosa crashing after attempting to remain out on slicks as track conditions deteriorated.

“When the track is dry and the artificial grass is still wet, it is really, really dangerous,” Alonso said. “So we are going to gradually take it out from the circuits, starting from the most dangerous places.

“We are sure that the system of flag-to-flag, the system of changing bikes, is the best system we can have,” Alonso added. “But it may be that we consider having an option where if it gets too wet we oblige everybody to change the bikes. But we are not sure yet if this is correct or not, so we have to first study those options and see if there is something better than we have today.”